Dr M: I've clarified to King Salman that KL Summit is not intended to replace OIC 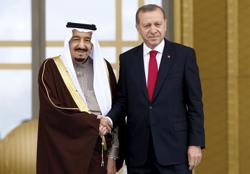 Dr Mahathir told reporters this after cancelling his appearance at a dialogue session with the youth to instead, hold an urgent video conference with King Salman at the Kuala Lumpur Convention Centre (KLCC) here on Tuesday evening (Dec 17).

Earlier, the Prime Minister’s Office (PMO) in a statement also clarified that the KL Summit 2019 was not intended to replace the OIC as was reported by foreign publication Pakistan Today.

Dr Mahathir revealed that King Salman also shared his reasons for not being able to attend the KL Summit 2019, as the latter disagreed with using it as a platform to discuss Muslim issues.

King Salman was of the view that it was better that they were discussed in a bigger platform such as in a full-fledged OIC meeting, said Dr Mahathir.

"He wanted to tell me the reasons why he couldn't make it.

"He's afraid that something not good will happen to the Muslims. He has a different opinion from us.

"He feels that matters like these (Muslim issues) shouldn't just be discussed by two or three countries, and there should be an OIC meeting and I agreed with him," said Dr Mahathir.

He added that he told King Salman that if Saudi Arabia were to organise a summit to discuss Muslim issues, then Malaysia was ready to be onboard.

The KL Summit 2019 was supposed to bring together the heads of government from Malaysia, Indonesia, Pakistan, Turkey and Qatar to address and resolve issues concerning Muslims.

However, Pakistan Prime Minister Imran Khan, who was reportedly invited last month, had also called Dr Mahathir to express his regrets for not being able to attend the events.

In the earlier PMO statement, it also clarified that only specific nations and national leaders were chosen to spark a new approach in ummah collaboration.

If successful, then it would be presented to the larger Islamic grouping and bigger Muslim nations to evaluate whether these initiatives should be pursued on a larger scale, it said.

"Malaysia wishes to reiterate that all 56 countries of the Islamic world were invited and all 56 are represented at various levels," it added. 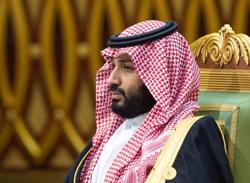