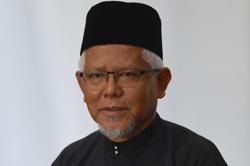 SHAH ALAM (Bernama): The 15th prosecution witness in the murder trial of Cradle Fund chief executive officer Nazrin Hassan (pic) told the High Court on Friday (Dec 13) that it had occurred to him that the fire in the victim's bedroom was caused by arson.

Selangor Fire and Rescue Department fire investigations officer Abdul Halim Zulkefeli said he was aware of the matter when he allowed Nazrin's wife, Samirah Muzaffar, 44, to have full access to the room after completing the investigation.

However, he did not record the matter in his report on the day of the incident because he did not know who the culprit was.

Questioned by Samirah's lawyer, Tan Sri Muhammad Shafee Abdullah before Justice Datuk Ab Karim Ab Rahman on when she was allowed access, Abdul Halim said it took place on the day of the incident, namely June 14, 2018 around 4pm.

However, Muhammad Shafee had questioned the fireman's action although he had suspected a crime and murder had been committed.

Muhammad Shafee: If on the 14th (June 2018), it had occurred to you that this (fire in Nazrin's room) was a case of arson and murder, why did you return the room to the owner (of the house)?

Abdul Halim: Because I have done my investigation on the fire. I have taken all the important things.

Muhammad Shafee: You told Samirah that she can have the room and everything was done. If she wants to clean the room, she can?

Muhammad Shafee: Did you tell the police that there was a criminal element?

Abdul Halim: I told Sergeant Rahim (to handle the matter) for further action.

Muhammad Shafee: Did the police tell you not to return the room to the owner first?

Abdul Halim: I have not heard.

Muhammad Shafee: If there was an element of crime in the room, it was not your authority to return the room and the room (needed) to be handed over to the police. At that time, did you suspect Samirah?

Muhammad Shafee: But there was no sign of forced entry. Did you suspect the existence of an internal element?

Muhammad Shafee: You gave the room back to Samirah (for her) to clean and then you returned (after the day of the incident) to carry out further investigation. Can I say that it was an unwise act?

Muhammad Shafee also questioned Abdul Halim's actions of not taking the samples of the parquet floor for investigation even though he had previously said there were traces of petrol on the bed headboard.

Muhammad Shafee said that if there were traces of petrol as mentioned by Abdul Halim, there would have been traces of the fuel on the floor of the room, which should have been included in the investigation of the department.

However, Abdul Halim explained that he did not take the floor samples as the samples from the burned spot were sufficient to carry out the investigation into the cause of the incident.

On March 12, Samirah, a former senior executive at the Intellectual Property Corporation of Malaysia (MyIPO), and two teenagers, aged 17 and 14, were charged, along with Indonesian citizen, Eka Wahyu Lestari, who is still at large, with Nazrin’s murder.

They are charged under Section 302 of the Penal Code read together with Section 34 of the same Act.

‘Nazrin could have saved himself if he was conscious’

Witness accused of covering up

‘Cradle CEO’s remains were unlike others’