The winning trio (from left; Mark, Niea and Valerie) from SMK Kemabong, Tenom presenting their prototype on stage during the final rounds.

SMK Kemabong’s Mark Greatingan M. Shapi, Niea Suelea Peturus and Valerie Estelle Nicolas, all aged 16, beat 14 other prototypes created by teams from secondary schools across 10 states, when the results were announced in a recent ceremony on Nov 20 in Kuala Lumpur.

The team named the prototype “Wing-ed School Bus”, which aims to ensure students’ safety when crossing roads after they disembark.

It also aims to educate other road users on pedestrian safety at locations where school buses make stops, to reduce accidents and fatalities involving school children, who disembark from buses, said Yayasan Sime Darby (YSD) in a statement.

The team won a Yayasan Sime Darby innovation grant up to RM50,000 to develop and upscale their prototype to a viable solution for the community, and prizes worth up to RM4,000.

Dr Yatela said the participating teams of SDYIC were required to produce workable prototypes, that will address issues faced by communities’ unsung heroes through the application of Internet of Things (IoT) technology such as sensors, software and electronics.

“This year, we put the spotlight on our everyday heroes - school bus and commercial lorry drivers, fishermen, nurses and security guards, among others - and focused on bringing solutions to make their demanding jobs a little easier.

“The fourth edition of the SDYIC this year aimed to create empathy-driven innovations that would solve some of their challenges, which can pave the way for solutions at national-level, ” she added.

It also involved the training of 250 school teachers, and 200 undergraduate students from 14 universities as mentors to the participants.

A team from SMK Merbau in Miri, Sarawak, which developed a system to ensure parking spots for drivers with disability, was second while a team from Maktab Sultan Abu Bakar, Johor Baru, which developed a prototype called Techno IV sensor to help nurses prevent medical complications in wards, won third place. 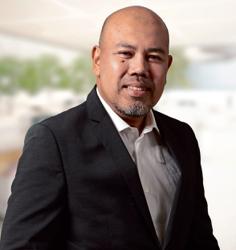 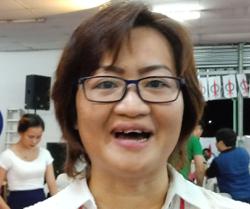