Iman dies after battle with cancer 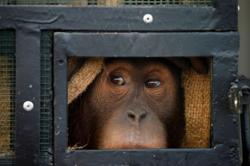 The animal, which had been suffering from cancer, died at the Borneo Rhino Sanctuary in Sabah at 5.35pm yesterday.

“It is with great sadness that the Sabah Wildlife Department announces the death of Iman, the last Sumatran rhinoceros in Malaysia, at 1735 hours on Nov 23,2019, ” said State Tourism, Culture and Environment Minister Datuk Christina Liew.

“The death was a natural one and the immediate cause was categorised as shock.

“Iman was given the very best care and attention ever since her capture in March 2014 right up to the moment she passed. No one could have done more, ” she said.

Liew said Iman had almost died on several occasions due to sudden massive blood loss from her uterine tumours over the past few years.

“The team at Tabin provided round-the-clock intensive support and successfully brought her back to good health and egg cell production on several occasions, ” she said.

“But we knew that she was starting to suffer significant pain from the growing pressure of the tumours into the bladder, ” he added.

He said a veterinarian at the sanctuary had only just earlier in the day suggested that they begin using morphine as other painkillers were becoming ineffective.

It was hoped that it would still be possible to obtain some egg cells from Iman for the proposed Malaysia-Indonesia collaboration on this species.

But the signing of a memorandum of understanding (MoU) was still pending.

To this, Liew said Sabah is still keen to pursue the MoU despite Iman’s death.

“There are still ways in which we can collaborate based on our different experience over the past decade, ” she said.

“For Sabah, that includes the management of female Sumatran rhinos with reproductive pathology, safe harvesting of gametes from living rhinos and cell culture.”

She said Iman and Tam, a male rhino that died on May 27 this year due to kidney and liver damage, both lived on as cell cultures in Malaysia. 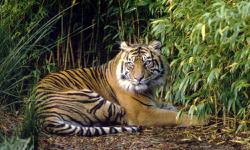