The self-exiled politician, whose party is banned back home in Cambodia, said the support from Malaysian MPs was apparent when he and CNRP vice-president Mu Sochua were invited to a closed-door meeting at the Parliament building on Tuesday (Nov 12).

"The very fact that we were received by Members of Parliament in the Parliament building is very meaningful.

"It means there are MPs from Malaysia from all political parties who support democracy in Cambodia.

"This is a message sent to the Cambodian people.

"The Cambodian people must be happy today, they must be very grateful to the Malaysian people and MPs," Rainsy told reporters outside Parliament on Tuesday (Nov 12).

Rainsy said that in the meeting held at noon lasting about two hours, he met MPs from both the ruling coalition and the Opposition.

When asked if he asked the MPs for any help, Rainsy said that this was not necessary.

"We don't need to ask because we believe they will promote the values of democracy and human rights – not only in Malaysia but for the whole South East Asia and Asia," he said.

Rainsy, who flew into Kuala Lumpur from Paris on Saturday (Nov 9), expressed gratitude to the Government for welcoming him and other CNRP leaders despite pressure from Cambodia to block their movements. 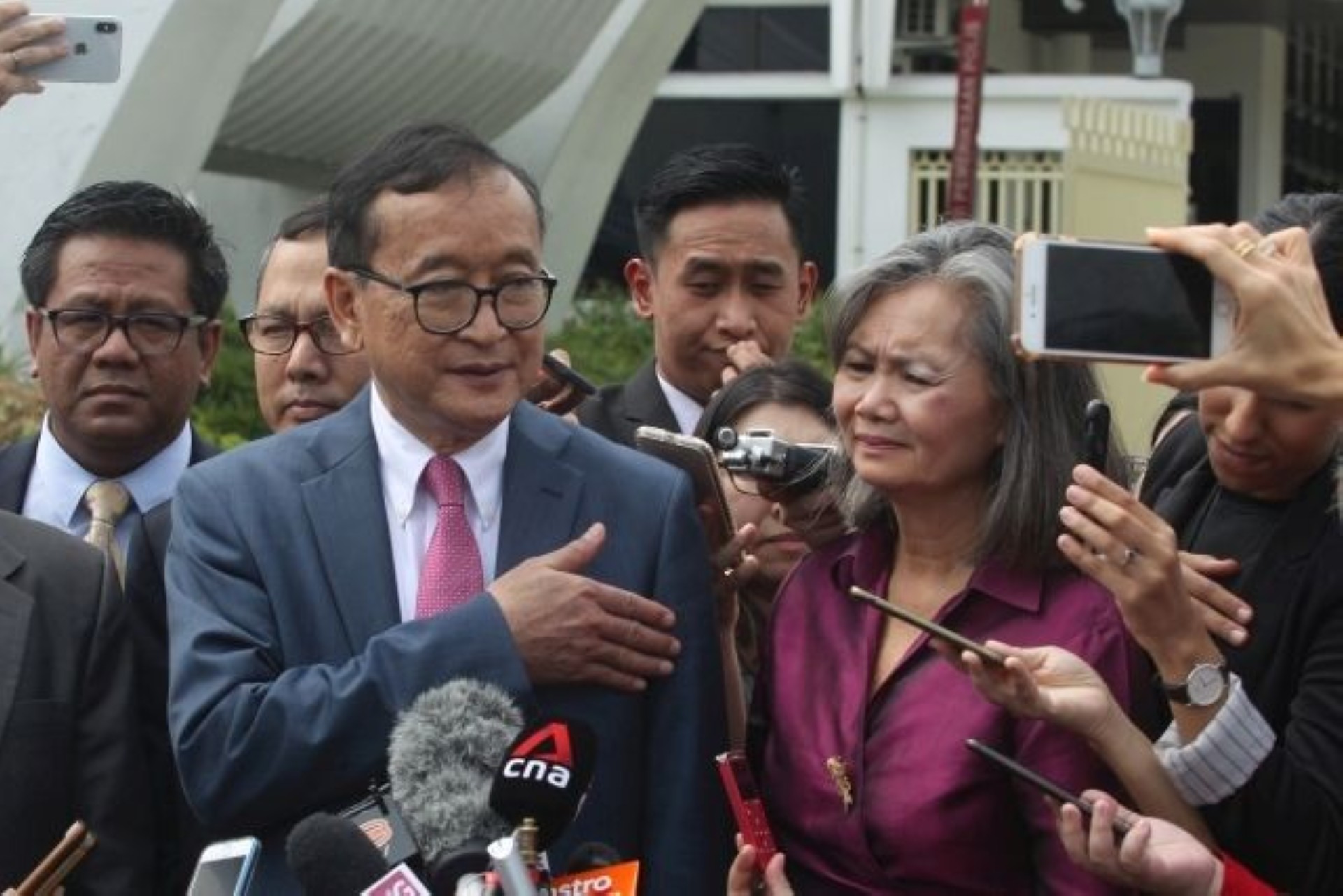 "My first words are my deep gratitude to the Malaysian government, the Malaysian authorities, the Malaysian people and MPs who have allowed us to come to this beautiful country and to respect our human rights.

"We are not criminals. We are democrats and freedom fighters," said Rainsy.

PKR's Permatang Pauh MP Nurul Izzah Anwar said she was informed by the Speaker Tan Sri Mohamad Ariff Md Yusof that it was a closed-door meeting and Rainsy would issue his own statement.

"I think it's a testament of our support for democracy because all the legislators came – bi-partisan – to hear him and his delegation," said Nurul Izzah, who sent the letter inviting Rainsy on Saturday (Nov 9).

However, Opposition leader Datuk Seri Ismail Sabri Yaakob said he was not aware that Rainsy was in Parliament nor of the meeting with lawmakers.

The CNRP was outlawed in late 2017 ahead of Cambodian national elections, which witnessed long-time ruler Prime Minister Hun Sen's party winning all 125 seats.

Party leaders including Rainsy and Sochua had planned to land in Cambodia on Saturday (Nov 9) to lead demonstrations against Hun Sen.

Rainsy, who fled to France in 2015 after he was convicted of criminal defamation, says he was barred from checking in for a flight from Paris when he attempted to return to Cambodia on Saturday (Nov 9).

He eventually went to Malaysia and said that he will be staying in the Asean region, returning to Cambodia when it is possible to do so.

The European Union was considering revoking its preferential trade terms due to Hun Sen's authoritarian rule and Cambodians have been called for a peaceful uprising, said Rainsy.

On Sunday (Nov 10), Cambodia freed CNRP leader Kem Sokha from house arrest more than two years after he was charged with treason after attempts by his colleagues to return to the country were thwarted.

Sokha was arrested in 2017 and accused of plotting to overthrow the government of strongman Hun Sen, who has ruled since 1985.

Sokha was sent to a remote prison, then confined to his house and the surrounding block, and prohibited from talking to the media.

Although he is now able to travel nationwide, Sokha is not allowed to leave the country, said Rainsy, adding that he hoped all restrictions on Sokha will be lifted and charges against him dropped.