M’sia to give India official letter on Zakir Naik

KUALA LUMPUR: The Foreign Ministry will send an official letter to the Indian government to explain Malaysia’s reasons for not sending controversial preacher Zakir Naik back to his country of origin.

Its minister Datuk Saifuddin Abdullah said he would discuss with Attorney General Tommy Thomas to provide accurate content for the letter.

“There was a request from India and the Prime Minister (Tun Dr Mahathir Mohamad) had already explained why we didn’t send (Dr Zakir) back.

“During my meeting with my counterpart from India (S. Jaishankar) last week in Bangkok in conjunction with the 35th Asean Summit, he had politely raised the issue and had asked us to send a letter as an official reply from us, ” he said when winding up debate on the Supply Bill 2020 for his ministry at Dewan Rakyat here on Thursday.

On the King Salman Centre for International Peace (KSCIP) that was cancelled last year, Saifuddin said the Cabinet wanted the issue to be reviewed to see if there was justification for it to continue.

Last year, Defence Minister Mohamad Sabu said the government decided to shut down KSCIP and its role absorbed into the Malaysian Institute of Defence and Security, which is under 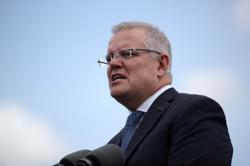 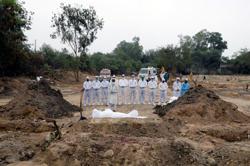