IN spite of progress and development over the past 20 years, engineers have not seen a wage increase during that time, reported Berita Harian.

The daily reported that even in the Klang Valley, graduates live on a meagre RM2,500, while this figure is even lower in other places, where the demand for engineers is lower.

Worse still, assistant engineers are paid a wage of around RM1,800 a month, said the daily.

Board of Engineers member Prof Megat Johari Megat Mohd Noor said that Malaysia does not see much value in paying for skills-based professionals, which is why engineering lags behind its full potential.

“The industry also feels that graduates are not ready to work, but is not willing to invest in giving them the right training and experience,” he said.

Megat Johari said this situation causes many engineering graduates to leave the field.

Rita, 43, claimed this person has been bothering her for several years.“I’ve received messages from false accounts as well as foreign accounts belonging to the (same) owner,” said Rita.

The actress of the film Mami Jarum Junior added that although she blocked the individual’s account, the individual keeps creating a new account to continue harassing her with lewd messages.

“If they keep bothering me, I won’t hesitate to take legal action against them,” said Rita, who has called her fans to teach an individual using the Instagram handle @macdier_07 a lesson by uploading screenshots of the messages he allegedly sent. 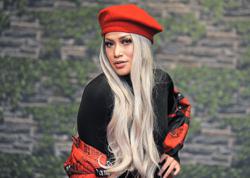 Ezlynn thrilled to answer call of duty on the front line 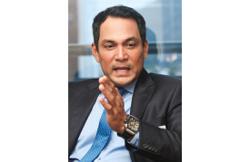