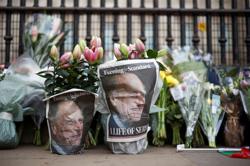 A file picture of TV antennas on the rooftop of a block of flats in Malacca. Analogue TV transmissions were shut off completely in Peninsular Malaysia with the myFreeview digital broadcasts taking its place on Oct 15, 2019. - A MALEX YAHAYA/The Star

The Malaysian Communications and Multimedia Commission (MCMC) in a statement said this signalled the end of the era of analogue TV broadcasting in Peninsular Malaysia, which had now completely switched to myFreeview Digital broadcasts.

"The (signal) closure process includes 49 analogue TV transmission stations across Perlis, Kedah, Penang, Perak, Kelantan, Terengganu and Pahang," it said, adding that the closures in the final two states of Sabah and Sarawak on Oct 31 will mark an important milestone in the country's history.

Brief ceremonies were held in Gunung Jerai, Kedah and Bukit Besar, Terengganu to mark the transition from analogue to digital TV signals.

The myFreeview Digital TV broadcast offers viewers a variety of new TV channels and radio stations as well as new applications such as online shopping and interactive education.

Those who have yet to switch to the platform are encouraged to do so by getting a set-top box and installing an Ultra High Frequency (UHF) antenna on an existing TV set or getting an Integrated Digital TV (IDTV) equipped with a digital tuner, and connecting it to a UHF antenna. – Bernama