JOHOR BARU: A Down Syndrome woman was rescued from starvation after her elderly mother had died five days earlier in their house.

The woman’s 27-year-old brother had called out for his mother when he went to the house at about 11.10pm on Saturday.

“When he received no response, he climbed up the house grill and saw his 63-year-old mother lying motionless in the living room, ” said Johor Baru North OCPD Asst Comm Mohd Taib Ahmad.

“The Fire and Rescue Department helped open the door and the man found his 22-year-old Down Syndrome sister in a bathroom, ” he said in a statement yesterday. 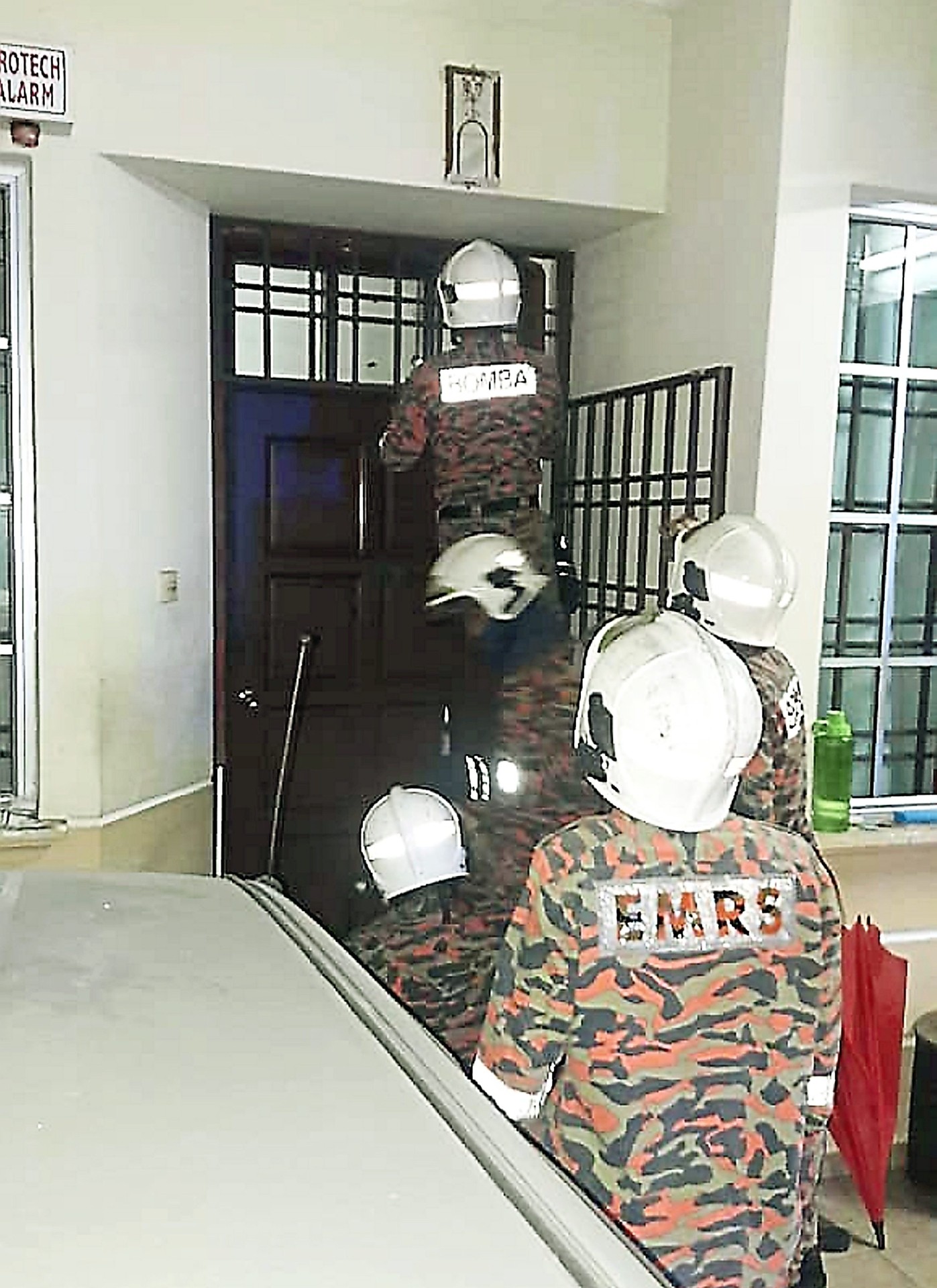 Precautionary approach: A Larkin Fire and Rescue Department personnel checking the house interior before breaking in.

She is now in the care of her brother.

ACP Mohd Taib said that checks on the deceased, identified only as Chiong, found that she had been dead for about five days.

“According to the son, they last met on Sept 30. His mother was in good health at the time.”

It is believed that Chiong, who lived with the special needs daughter, seldom get visits from others, he said.

The body was sent to Hospital Sultanah Aminah for a post-mortem. The case has been classified as sudden death.

“We found the woman in the living room and the daughter was in one of the bathrooms where she was in a state of extreme hunger and thirst, ” he said.