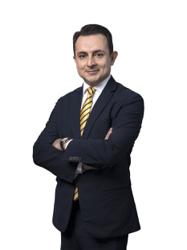 Yusrizal got a TNB scholarship to go to University of Michigan.

AZRAN Osman Rani is no stranger to Malaysians. He was CEO of Air Asia X, a senior director at Astro and the man behind iflix. He is also an inspirational speaker and boss of Naluri Hidup, a health tech start-up.

But a stranger man than him may be hard to find. Azran is bursting with new ideas and always looking for change. His enthusiasm is boundless and his mantra seems to be: the moment you are comfortable with what you are doing, get out and do something else.

Azran is just one of many brilliant minds that Tenaga Nasional Berhad has benefitted with its scholarship programme.

Armed with a TNB scholarship, he went to Stanford University in the United States to study electrical engineering.

Why Stanford? “I wanted to be as far away as I could from any Malaysian so I could immerse myself in a foreign culture and learn to make the cut there.” He was the only Malaysian at the university then and gladly took the challenge.

“I have always been challenged in life. As a child of four or five growing up in Taman Tun Dr Ismail, I had to give ‘reports’ on what my day was like to my parents’ lecturer colleagues.”

That upbringing helped him mature beyond his age. At university, the jack-of-many-sports found he could not play hockey. “Field hockey was for girls. Men had to play ice hockey.”

So, he took up Ultimate Frisbee. It’s not a beach game. It’s a real sport that will feature in the 2024 Olympics in Paris. It took him two years to learn it and he was in the varsity team for three years. In his third year, his team made it to the national final but lost.

He was eligible to play for one more season but he had finished his degree. So he signed up for his Masters!

In his fourth and final season, his side lost in the semis but he got his Masters in Economics and Engineering and then joined a management consultancy firm. A Masters just to play Frisbee. That’s how strange his story gets. 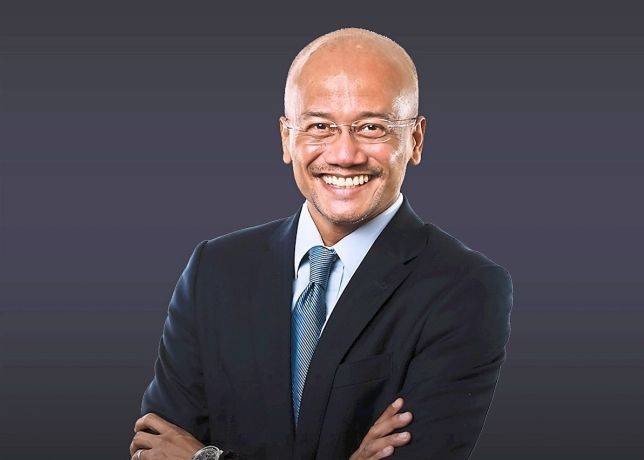 Azran went to Stanford University with a TNB scholarship.

He remains thankful to TNB, though. “They got me started. Without their scholarship, I would not have been able to go abroad and be what I now am, ” he said.

Mohd Yusrizal Mohd Yusof is another man you could call a bright spark. A top student throughout his school days in Malaysia, he went on to get a degree in a top 25 US university and came home to lead a firm that’s set to shape the future.

The man has plenty of brawn, too. He was a footballer, a rugby player and an athlete in his school days.

Yusrizal is now head of GSPARX, a TNB subsidiary that specialises in renewable energy, especially solar.

He, too, has TNB to thank. Its scholarship gave him the opportunity to study abroad. He did his engineering degree at the University of Michigan around the same time that Larry Page, the founder of Google, was there.

“It was there I learnt what it meant to be just another ‘average’ student. There were some brilliant minds there, ” says Yusrizal. It also made him a competitive person, and one with integrity.

“The exams were tough. But there was no invigilator. We only had an honour code – I will not cheat and I will not let others cheat, ” he said.

Everyone stayed honest, no one cheated and Yusrizal, a boy from Kampung Boyan, a little village near the historic Taiping railway station, graduated along with the best.

“I wanted to study engineering or accounting abroad but my parents could not afford it. I applied for several bursaries, but when TNB offered the direct scholarship, I jumped at it. How could any 18-year-old refuse?”

Now, the future beckons. Yusrizal, as head of GSPARX, is among people who are setting the country on a new energy path, with solar power playing a huge role. Azlina was once assistant company secretary at TNB.

Azlina Juliani Abd Jalil is another person who got her first spark from TNB and she now wants to return the favour.

Azlina, now COO of Perbadanan Nasional Berhad (PNS), an agency under the Finance Ministry, believes TNB is a fertile ground for talent.

“It is a purpose-led organisation and a great platform for career growth, ” she said.

Azlina, from Kuala Terengganu, studied law at the University of Wolverhampton in the UK and joined TNB as its assistant company secretary.

There was no stopping her as she went on to her position in PNS, which is tasked with developing Malaysia’s franchise industry.

She has proposed turning many of the TNB employees into entrepreneurs, along the lines of the Mr Electric franchise in the US, to meet the Government’s aspirations.

In other words, TNB has had a long history of developing leaders not just for the company but for Malaysians.

Universiti Tenaga Nasional (Uniten) too has been developing youth since 1996. On the other hand, Yayasan Tenaga Nasional has helped 11,000 bright students since 1993. And more recently, TNB introduced the MyBrighterFuture programme to help students from the lowest income categories.

The impact is evident from the experiences of the stories of these Malaysian leaders.

In the words of TNB chairman Tan Sri Leo Moggie, the company believes in the power of education to transform lives of not just individuals but families too. More importantly, it helps to bring us to the status of developed nation that Malaysia endeavours to be.