PETALING JAYA: Manchester United fans, it's best if you turn away.

The English club is certainly the butt of all jokes since Sunday (Oct 6) after they were defeated by Newcastle United 1-0 in the English Premier League.

A team devoid of creativity, passion and swagger, some establishments in Malaysia have turned up the heat and showed the Red Devils a thing or two about creativity.

However, that lesson proved to be comedic at it's best.

Earlier today, a fake Astro circular claimed that all matches involving United will be shown on Cartoon Network to make way for serious games on Astro Supersport.

Some United fans were riled by it and besieged Astro’s various social media accounts to state their displeasure, but Stadium Astro posted a tweet saying that the notice was fake.

Cartoon Network also denied the news, but couldn't resist a dig on the crestfallen club.

"We can confirm the rumours about Manchester United games airing on Cartoon Network is not true. The channel is already packed with fun and hilarious comedy," quipped the cartoon channel.

With United facing rivals Liverpool after the international break on Oct 20, Astro confirmed that they would show the match live on the sports channel and made it "really" clear that it wouldn't be shown on Cartoon Network.

United fans would certainly hope that things would change after the international break and see their team end Liverpool’s eight-match winning run in two weeks time.

But a defeat could see the team in the annals of the "History Channel".

Just so we're really, REALLY clear about our coverage of the next Manchester United game. pic.twitter.com/JfXPXlNbyh 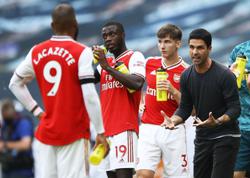 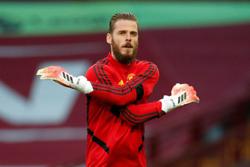