Foodpanda to stick with new payment scheme for now

KUALA LUMPUR (Bernama): Online food delivery company Foodpanda will stick with its new payment scheme for its riders outside the Klang Valley for a minimum of four more weeks before taking the next course of action, if needed.

Foodpanda Malaysia managing director Sayantan Das said initial data gathered after the implementation of the scheme on Sept 30 showed that a good proportion of the riders are earning more than before.

"We are confident that the changes made are for the better, thus we will be sticking with the scheme for the moment," he told a press conference here Monday (Oct 7).

"Contrary to what has been reported, the new scheme actually gives performing riders a chance to earn more, up to 50% more, and those not performing as well to be motivated to take more shifts to get a bigger piece of the pie," he said.

Sayantan stressed that the new scheme is meant to uplift the riders’ earning potential, while the company expands its foothold in Malaysia’s unique market without jeopardising the welfare of its riders.

Sayantan encouraged dissatisfied riders to try out the new scheme before judging it.

"We believe the objections raised by a small segment of our riders and stakeholders stem from them being misinformed about our scheme.

"Most of the riders have actually adopted the new scheme; however, for the unhappy riders, they are free to stay at Foodpanda but they are also free to explore job opportunities across other players in the market," he said.

He added that the strike initiated even before the scheme was implemented involved less than 1% of the total number of riders, and hence operations went on normally as the number involved was negligible.

Under the new scheme implemented outside the Klang Valley, which covered 30% of more than 13,000 riders nationwide, the hourly rate has been removed but payment per order has been increased to between RM4.50 and RM7, compared with RM3 to RM5 previously.

Riders will also receive an extra RM1 per order for all orders between 11pm and 9am daily, and a RM100 incentive upon completing 60 hours of work a week.

In Kuala Lumpur, riders still get a base pay of RM4 per hour and between RM3 and RM5 per order. The payment per order differs according to the "batch" (performing level) that the riders are in. - Bernama 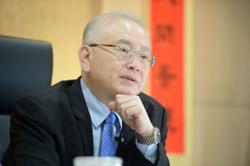 Transport Ministry: Foodpanda to conduct temperature checks on its riders