Resolutions on five areas presented at Malay Dignity Congress, but PM says not all will be met

SHAH ALAM: The Kongres Maruah Melayu (Malay Dignity Congress), which was attended by prominent leaders from both sides of the political divide, saw some racially-charged demands mooted by its attendees across five general areas.

The five general areas were separated into religion, politics, economy, education, and culture.

In an immediate response, Dr Mahathir said the Pakatan Harapan government would look into the calls made in the resolutions, but maintained that not all of the demands would be met.

“There is a demand, but it doesn’t mean that the government has to accept the demands. We have to look into what we can do and what we cannot do," he said.

Among the resolutions proposed by Pasir Mas MP Ahmad Fadhli Shaari in the congress under the religion cluster were calls for top government positions to be held only by Malay-Muslims.

The PAS Youth vice-chief said that these are positions such as the Chief Justice, Attorney General and Chief Secretary to the Government.

He also said that key positions in the government, such as the prime minister, deputy prime minister, mentris besar, chief ministers, as well as the finance, education, defence and home ministries, should be headed by Malay Muslims.

These resolutions were presented during the congress at Stadium Malawati, Shah Alam on Sunday (Oct 6).

According to Nurul, the gradual abolition of vernacular schools in a six-year period could foster unity among Malaysians, as the main medium in such schools were their respective mother tongues, rather than Bahasa Malaysia.

“If we look at issues concerning vernacular schools, actually, it (vernacular schools) can’t bring races together. Because each school, uses a different medium of language according to their mother tongue.

“Therefore, the gradual abolition of vernacular schools in a six-year period is right. Because education is the key to unity. Use one main language and a uniformed co-curriculum in schools, ” she said.

Nurul also said that the gradual abolition of vernacular schools can be done in six years if the government makes compulsory the use of Bahasa Malaysia in such schools.

Nurul also proposed for scholarships under the Public Service Department (JPA) to be “returned” to the Malays and bumiputra via the SPM exams.

She also said that the exemptions from the National Higher Education Fund Corporation (PTPTN) repayments should be only awarded to high-performing Malays.

The congress was attended by about 5,000 participants and the resolutions were handed over to Prime Minister Tun Dr Mahathir Mohamad.

Only the Malays can restore dignity of the community, says Dr M 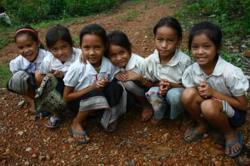