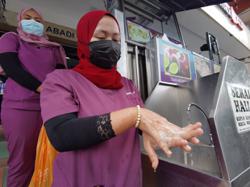 PETALING JAYA: MCIS Life is setting its sights on penetrating underserved communities such as the B40 community as part of its rebranding and repositioning strategy.

“We’re targeting areas where the Malaysian financial services group has not penetrated. The B40 community is one such group in need of insurance protection and we hope to provide solutions catered to them,” said MCIS Life chief executive officer and managing director Prasheem Seebran.

He was speaking at an event to unveil the rebranding of life insurance company MCIS Life, previously known as MCIS Insurance Bhd, at Wisma MCIS here yesterday.

“As part of our corporate social responsibility efforts, we will support and nurture some 500,000 seedlings for six endemic species of rainforest trees over a five-year period.

“This social cause was chosen after much thought about our role – people looking upon life insurers as guardians of their loved ones.

“We felt strongly about giving back to society, a world that the future generation can live in, without compromising their health,” said Prasheem.

In conjunction with the rebranding exercise and as part of its efforts to help create a better environment, Prasheem said MCIS Life would be giving plant kits, consisting of an eco-pot, seeds and organic peat moss to their staff, agents and the public at selected locations nationwide.

The event’s guest of honour Energy, Science, Technology, Environment and Climate Change Minister Yeo Bee Yin said the government supported all efforts by corporations, agencies and non-governmental organisations to plant trees around the country, as well as to preserve green lungs and forests.

“This is in line with efforts to keep Malaysia’s commitment at the Rio de Janeiro Earth Summit 1992 to ensure we always have 50% of forest cover,” she said.

Yeo also highlighted that Malaysia’s pavilion at the Dubai Expo 2020 would be a net zero carbon emission building. 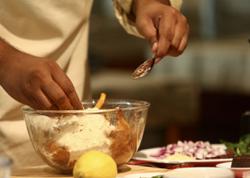