Innocent victim: A pangolin is transported to the forest for release by Perhilitan officers, after being rescued from wildlife traders. Pangolins are widely considered the world’s most trafficked mammal, prized for its meat and purported medicinal benefits of its scales.

PETALING JAYA: R.AGE’s expose on the involvement of Malaysian police in the smuggling of endangered pangolins has triggered an investigation by the Malaysian Anti-Corruption Commission (MACC).

“We have conducted undercover work and exposed corruption practices at our border (in the past), but we never looked into corruption in wildlife smuggling specifically,” said MACC deputy chief commissioner (operations) Datuk Seri Azam Baki when contacted yesterday.

“The Star’s report has alerted us to look into this and we welcome those with any information to share with us.”

Azam added that MACC previously highlighted the issue to the Home Ministry, which later established the Malaysian Border Security Agency (Aksem), comprising officers from police, Immigration, Customs, and the National Drug Agency, among others.

Formerly known as the Anti-Smuggling Unit (UPP), Aksem was set up to ensure a more integrated enforcement approach against smuggling and human trafficking.

“Aksem was established following our revelation of corruption at our borders ... we always had our eyes on the matter, and have our own way of investigating this issue,” he added.

Based on the report, Azam said the wildlife smugglers are using the same modus operandi as other smugglers, where they would bribe officers at the border checkpoints for safe passage.

“(The report) indicates that corruption among enforcement officers, who are entrusted to control our borders, is still prevailing,” he said.

On 25 Sept, The Star carried an exclusive report by R.AGE revealing as many as a dozen police officers connected to syndicates smuggling pangolins across the Malaysia-Thailand border.

The report is part of an international collaboration with over 30 journalists from 13 countries reporting on the global pangolin smuggling trade, with R.AGE as the Malaysian reporting partner. 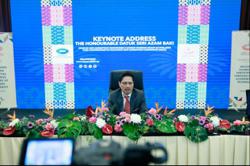 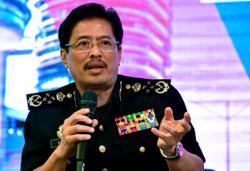 MACC: Laws on beneficial ownership vital in fight against graft