Man slashes and robs dentist after getting tooth fixed

PETALING JAYA: A man sat patiently for an hour and a half getting his tooth fixed before slashing and robbing his dentist.

Petaling Jaya OCPD Asst Comm Mohd Zani Che Din said the dentist suffered a near-fatal gash to her neck in the 10.56am incident on Thursday (Sept 26).

"We received a call about the incident at a dental clinic on Jalan 14/22, Section 14, Sea Park.

"Based on investigations, the suspect came in for a root canal treatment at 9.30am and used another man's MyKad to register.

"The treatment took about one and a half hours. Once completed, the suspect slashed the dentist and robbed her of her handbag," he said when contacted on Thursday (Sept 26).

He added that the nurse present at the time told police that the suspect did not look like the person pictured on the MyKad.

"Checks with the National Registration Department revealed the MyKad belonged to a man named Murali.

"We analysed CCTV footage from a nearby restaurant, which shows a skinny man with dark complexion running away while carrying a black bag belonging to the victim," he said

He said that the victim, a 57-year-old woman, suffered a five-centimetre gash to her neck which barely missed an artery.

ACP Mohd Zani said the victim is in stable condition and receiving treatment at Assunta Hospital.

"Our forensic team found a knife at the scene of the crime which was used to slash the victim.

"The suspect managed to flee with at least RM2,000 cash and important documents belonging to the victim," he said, adding that the police were now tracing the whereabouts of the suspect. 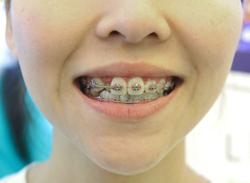