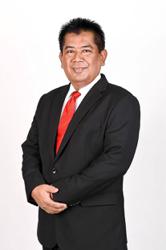 A file picture of shark fins seen at the Semporna jetty in Sabah in April 2017.

PETALING JAYA: Malaysia is the second-largest importer of shark fin, according to a report by wildlife trade organisation Traffic.

In the report entitled "An Overview of Major Shark Traders, Catchers, and Species", the NGO on wildlife trade said between 2000 and 2016, Malaysia imported an average of 2,556 tonnes of shark fin per year.

Hong Kong was the highest importer with an average of 9,069 tonnes per year while third and fourth places went to China and Singapore (with 1,868 and 1,587 respectively).

"These four largest importers of shark fin accounted for 90% of average annual global imports of fins during the same period," said the report.

Malaysia is also ranked eighth in the average catch of sharks per year. Between 2007 and 2017, Malaysia caught an average of 21,459 tonnes of sharks yearly.

"Europe and South America are the largest retail markets for shark meat, and the top 20 importers have remained stable (between 2008 and 2017) with Brazil, Spain, Uruguay, and Italy accounting for 57% of average global imports over this time," it wrote.

The report noted that sharks are particularly vulnerable to overfishing due to their slow growth, relatively late age of maturity and low fecundity.

"(Numerous) fisheries management measures have been implemented in recent years, as well as trade regulations – 14 shark and 27 ray species have been afforded greater protection through listing in Appendix II of the Convention on International Trade in Endangered Species of Wild Fauna and Flora (CITES) since 2002 and the entire family Pristidae (Sawfish) is listed in Appendix I," the report said.

It added that approximately 17% of shark and ray species remain listed in the Critically Endangered, Endangered and Vulnerable categories of the International Union for the Conservation of Nature's Red List of Threatened Species, while 13% are listed as Near Threatened.

Traffic emphasised the need for better recording of catch and trade data and the need for more "real time" monitoring of such trade to ensure dramatic changes in the targeting of particular species are not occurring in the absence of suitable management and adherence to management arrangements where they occur.

It also suggested several recommendations for the world's top 20 catchers and traders, including collecting real-time data, introducing suitable traceability systems for shark products, and unilateral use of World Customs Organisation codes for import and exports.

"In order to improve the reliability of shark catch and trade data and their use to support adequate management for sharks, there is an urgent need to implement the following recommendations, particularly by the top 20 catchers and traders," it said.

The full report can be read here.

Over the years, various environmentalist groups have voiced out against hunting and finning of sharks here, especially in the waters of East Malaysia.

Last month, it was reported that Malaysia was among the 40 countries that opposed CITES' proposal to protect certain species of sharks and rays from exploitation.