MIRI: The haze situation has worsened in Sarawak, forcing 298 schools in eight districts to shut down on Tuesday morning (Sept 17).

Some 128,291 students are affected by the closure of 245 primary and 53 secondary schools following a spike in the air pollutant index.

The Sarawak State Disaster Relief Management Committee said the Education Department issued the notice of the closure early on Tuesday.

Sri Aman had the highest API reading of 359, putting it well into the dangerous category. 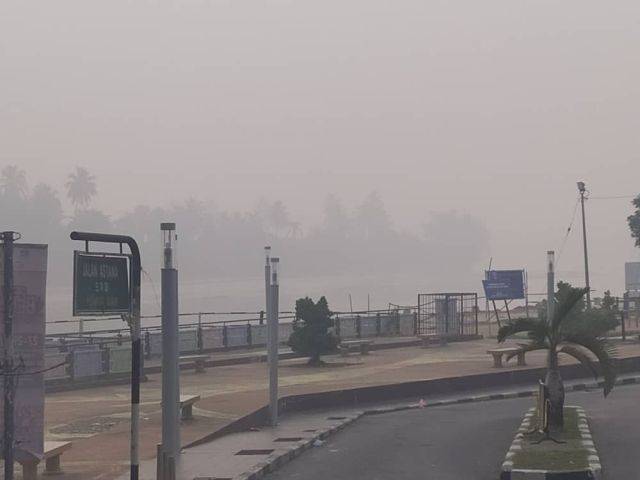 Kuching district has the most number of affected schools, with 57,504 students forced to miss class.

The deteriorating air quality is mostly due to the transboundary haze from Kalimantan, but there are also local wildfires inside Sarawak that are contributing to the smog.

The latest updates from the Sarawak Fire and Rescue Department showed that there were an average of 20 reports of forest fires daily.

The most number of cases are in Kuching, Sri Aman and Miri.

Bomba Sarawak said fire-fighters were on the ground battling these fires.