PETALING JAYA: The air pollutant index (API) in three areas in Sarawak continue to hover at very unhealthy levels even as experts call for strict policies to clamp down on open burning to prevent long-term health problems.

Other areas in the state, such as Sibu (190) and Sarikei (183), were categorised as having “unhealthy” API levels, as well as Johan Setia, Klang, in Penisular Malaysia with a reading of 125.

While other areas recorded API levels of below 100, some were close to being classified as “unhealthy” – Petaling Jaya (95), Batu Muda in Kuala Lumpur (96), Nilai in Negri Sembilan (92) and Kangar in Perlis (90). He said in the short term, air pollution would lead to an increased number of cases of asthma attacks, bronchitis and even heart failure.

“I’ve definitely seen an increase in the cases of bronchitis and asthma attacks in my practice,” said Dr Helmy, who is a respiratory physician.

There would be serious long-term health effects from breathing in polluted air, he said, adding that children and the elderly tended to be more susceptible to the risks due to their relatively weaker immune systems. “Children breathe at a higher rate, which means they inhale more polluted air. And for them, their lungs are still developing so it may also affect their long-term lung strength,” he said.

Children who were exposed to air pollution, even in the womb, were at risk of developing asthma, cough and even lung cancer when they were older, said Dr Helmy, pointing out that haze contained fine particles – known as PM2.5 – from forest fires and, from among other sources, the combustion of motor vehicles. According to Britain’s Department for Environment, Food and Rural Affairs website, inhaling PM2.5 can increase age-specific mortality risk and exposure can aggravate lung and heart conditions and significantly affect the quality of life.

Dr Helmy said proper long-term policies needed to be in place to protect the air that Malaysians breathed, urging the public to keep hydrated, avoid peak traffic hours and set the car vents to recirculate.

While he advised people to minimise outdoor activities, he said this was not always practical to do so.

“So, I tell my patients to use the API readings and their eyes – if things look bad, don’t go running in the haze,” he said.

Universiti Sains Islam Malaysia senior lecturer (Syariah and Law faculty) Dr Muzaffar Syah Mallow urged the government to enact a law which criminalised activities contributing to transboundary haze. He drew attention to the Transboundary Haze Pollution Act enacted by Singapore in 2014, by which the republic’s authorities could impose fines on local or foreign companies contributing to the haze in the country.

“This particular Act gives Singaporean authorities the power to go after companies which cause the haze in Singapore, even if they have no operations or are not registered as a company in Singapore.

“Malaysia can emulate Singapore’s move to pass a specific legislation of its own similar to this Act. The country can even extend the legislation to cover other kinds of transboundary pollution, such as through air, water and land,” he said.
Article type: metered
User Type: anonymous web
User Status:
Campaign ID: 18
Cxense type: free
User access status: 3 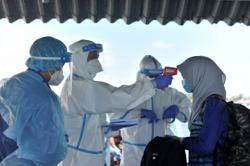 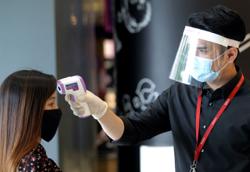