The Transport Minister said while there was a possibility that leakage could be stopped if vehicle owners were not allowed to renew road tax at the post office, the move would inconvenience the public.

“We are looking at various options, and while the study is being conducted, the existing channels to pay road tax remains,” he said after the weekly Cabinet meeting yesterday.

The Road Transport Department (JPJ) has set up a special task force to address the issue of underpayment of road tax, which led to losses of more than RM50mil in the first eight months of this year alone, with records showing that more than 50% of road tax renewals in Sabah, Sarawak, Labuan and Langkawi were for vehicles registered and used in other states and territories.

Road tax at post offices in Sabah, Sarawak, Labuan and Langkawi were significantly cheaper compared to elsewhere in the country, especially for cars with large capacity engines.

Loke said among initiatives being looked into were to integrate JPJ’s MySikap database with the Customs Department’s database, as well as amending the law to allow enforcement and prosecution be carried out against those who commit this offence.

To support the Visit Malaysia 2020 campaign, Loke said special approval would be given to participants of the Malaysia My Second Home (MM2H) programme to convert their driving permits to the Malaysian driving licence.

He said the facility would also be given to Malaysians who possess driving licences of another country which they obtained while studying or working abroad.

“For this, applicants must have a valid driver’s licence issued by country of origin. We do not accept temporary or probationary licence or a permit to learn driving.

“Their licence will be converted to Malaysia’s probationary or P licence, and they must comply to conditions as stipulated,” he said.

On another matter, Loke said the ministry was encouraged by the number of e-hailing drivers applying to obtain passenger service vehicle licences after the July 12 deadline was extended for three months.

“When we made the announcement on July 12 to extend the deadline, there were only 22,000 e-hailing drivers who had taken the licence.

“Today, we have more than 55,000, and I hope in the coming five weeks, more drivers will apply for the licence so they can continue to provide the e-hailing service,” he said. 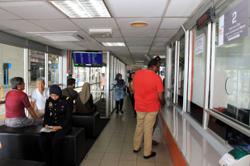 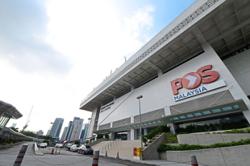