SHAH ALAM: The murder trial of the late Cradle Fund Sdn Bhd CEO Nazrin Hassan will begin tomorrow at the Shah Alam High Court. The case will only be heard on Fridays throughout September.

The case was initially scheduled to begin on Tues this week but was postponed because both the defence and prosecution were indisposed.

The defence team was also involved in the 1Malaysia Development Berhad (1MDB) trial, which is currently ongoing.

The prosecution’s lead counsel, meanwhile was ill and hospitalised.

But judge Datuk Ab Karim Ab Rahman opined that there must be some urgency in carrying on with the trial.

“I regret Datuk Salim has been admitted at the National Heart Institute but I believe there must certainly be someone else who can conduct the case,’’ he said.

Justice Ab Karim also asked both the defence and prosecution to ensure the case moved on smoothly in spite of the defence team’s involvement in the 1MDB trial.

Meanwhile, Wan Shahida informed the court that the prosecution would call about 60 witnesses to testify in the trial.

In the dock are Nazrin’s widow Samirah Muzaffar, 44, and two teenagers aged 14 and 17.

Only Samirah and the 14-year-old boy were in court today as the older boy is sitting for an examination. 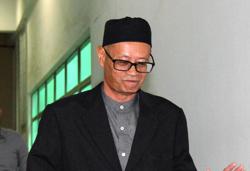 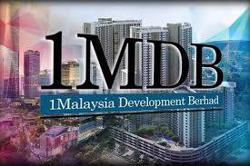