Chunky to hunky with the Tabata

A MAN in Japan claimed to have lost 13kg by doing the popular four-minute Tabata exercise every day for five months, China Press reported.

Known by his online name Hiragi Sensei, he posted “before” and “after” pictures of himself, which showed him with a previous beer belly but now with a toned body complete with six-pack abs.

The Tabata workout, an exercise routine that involves brief but high-intensity training, was pioneered by a Japanese expert.

Hiragi claimed that he managed to shed 18.2% of his body fat, dropping from 72kg to 59kg by doing eight sets of burpee repetitions under four minutes daily.

He urged those wishing to try out the workout to be consistent in their goals and to always warm up before performing any sort of high-intensity interval training.

> A Caucasian man was forced to sing the Chinese national anthem for supporting the protests in Hong Kong, the same daily reported.

The incident took place in a bar in Guangdong after the man had openly voiced his support for the Hong Kong protests.

Those who heard him started hurling expletives at him.

At one point, he was handed a mug of beer and told to sing the national anthem together with the aggressors.

> The five-year-old daughter of US-born singer Wang Leehom stunned her parents when she played one of her father’s singles Love a Little Bit on the violin, Sin Chew Daily reported.

Apparently, Wang Jiali had learnt the song merely by listening to it.

“She had no musical score. No one taught her. She learnt the entire song by ear, ” her mother Lee Jing Lei said.

Jiali was praised by netizens who commented that she had inherited her father’s musical talent.

Impressed with her daughter’s performance, Lee has decided to take violin lessons together with the girl.

In an Instagram post, Lee said that taking lessons together would allow him to bond further with her daughter. 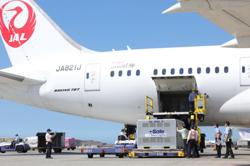