After all this time, the clock still ticks

KUALA LUMPUR: The historic and majestic clock at the iconic Sultan Abdul Samad building chimed 12 times at midnight on Aug 31, 1957, when the Federation of Malaya celebrated its independence from Britain.

However, only a handful of people knows what it takes to keep it ticking.

The 122-year-old clock was built by Gillet and Johnston Manufacturers in Croydon, England, in 1897 and it witnessed the Union Jack flag being lowered for the last time and the Malayan flag hoisted for the first time when the clock struck midnight Aug 31 almost 62 years ago.

The clock uses a weight-pulley system and gears to function. The chimes of its bell can be heard a kilometre away.

Most Malaysians are unaware that there are four Malaysians who volunteer to maintain the iconic clock everyday.

At least two of the men are needed daily to wind and maintain the clock’s mechanical system including its two weights weighing 205kg. 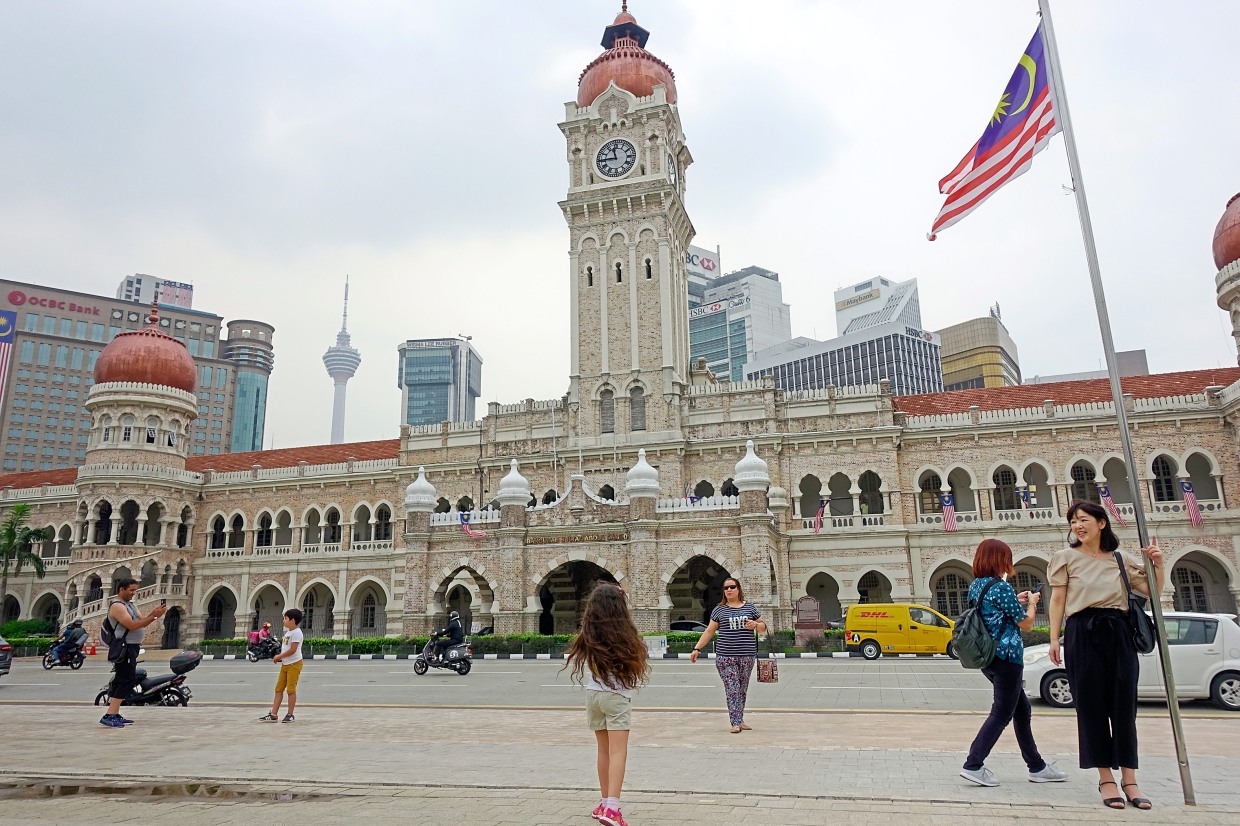 Historical monument: Visitors posing with the clock and Sultan Abdul Samad building in the background. —Bernama

Group leader Mohd Rosli, 42, said he started volunteering to maintain and operate the clock three years ago due to his interest and love for the country.

It took him three months to learn how to maintain it.

The volunteers have to climb four flights of steep stairs up the clock tower where they spend hours cleaning and oiling its mechanism besides checking the overall conditions of the clock tower.

“In the event of any damage, we will make a report for repairs to be done.

“Previously, there were several incidents where the clock stopped and the bell did not chime at the correct time.

“We are also responsible for the National Day celebration. For example, we have to make adjustments to ensure the bell chimes to coincide with the arrival of dignitaries, depending on instructions received from authorities,” he said.

Working as a security personnel at JUPEM, Mohd Rosli expressed his pride at being allowed to carry out the great responsibility.

JUPEM management services division director M. Janagarajan said there were suggestions to replace the big clock with a digital one.

But he disagreed as he felt the nation’s historical monument needed to be preserved for the sake of future generations.

“JUPEM wants to preserve this historical treasure in its original form. The clock’s gears, made from pure copper, are still in good condition as they are well maintained.

“We (JUPEM) received RM50,000 allocation a year from the Tourism, Arts and Culture Ministry for the clock tower maintenance,” he said. — Bernama