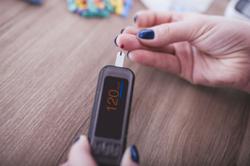 KUALA LUMPUR: Many Malayآ­sians have not changed their eating habits because they are still unaware of the medical complications that can hit those with diabetes, says a dietitian with Universiti Malaya (UM).

For this reason, dietitian Suhaili Suboh suggested sugary drinks carry pictures showing complications from diabetes, such as limb amputation, kidney problems, eye and heart problems, so that people will be deterred from consuming too much of these drinks.

“Like pictures of cancers on cigarette boxes, these pictures will drum into consumers the danger of too much sugar,” she added.

She said people tend to develop awareness and make changes to their diet and lifestyle only when those close to them experience complications related to diabetes.

Suhaili was asked why Malayآ­sians, known for being one of the most obese in the region, are still not changing their eating habits and lifestyle.

Meanwhile, Suhaili attributed the craze for bubble tea among teenagers to peer influence.

“The power of social media is also very strong,” she added.

On Thursday, Health Minister Datuk Seri Dr Dzulkefly Ahmad, when commenting on the effects of sugary drinks such as bubble tea on public health, noted that a ministry study found that nearly one in two Malaysians are obese, and that obesity is the main risk factor for seveآ­ral non-communicable diseases such as hypertension, cardiovascular disease and diabetes.

He said this in response to a study that showed that 13.3% of Malaysians are obese.

UM sports nutritionist Dr Sareena Hanim concurred that many teenagers and young adults drinking bubble tea because they want to try new things.Some adults find it difficult to avoid beverages such as teh tarik and soft drinks because it has been part of their lifestyle and they have difficulty changing old habits.

“They need motivation to change their diet and lifestyle, and they should seek out support groups in order to change,” she said.

“When they are in a group, they tend to be more motivated to change. This should be promoted in schools and the work place,” she said.

Sareena added that the government should look into the socio-economic status and the environment that affect those with obesity.Manufacturers should provide healthy bubble tea drinks as well as other beverages, she said.

It was reported that a 500ml serving of bubble tea could contain up to eight teaspoons of sugar.

“Take it as a treat once in a while but not frequently.

“I’d advise people to drink plain water with their meals but if they want tea or coffee, then drink them with less sugar and low-fat milk, and not with (sweetened) condensed milk,” said Sareena.