Halil, whose real name was Abdul Halil Chik, was pronounced dead at 7am at the Ampang Hospital.

The singer, who was popular in the 1970s, was admitted to the hospital on June 19 following a stroke.

His son, Alif, 23, said his father might have breathed his last in his sleep.

"I slept at the hospital with him last night, but when I got up this morning, he appeared to have stopped breathing.

"So, I called the doctor to run a check and 20 minutes later, the doctor said he has died,” Alif told reporters when met after the funeral prayer at the Bukit Antarabangsa Mosque here.

Malaysian Artiste Association president Datuk Freddie Fernandez, who was met at the funeral, said Halil’s death was a huge loss to the Malaysian music industry.

While describing Halil as a very talented star, Freddie also expressed hope that the singer’s deeds and contribution, especially his famous song Lenggang Mak Limah, would continue to be appreciated and cherished.

Halil’s good friend, Datuk Tommie Tumiran, said he would surely miss the singer, whom he described as a very good and friendly person who disliked talking about other people. - Bernama 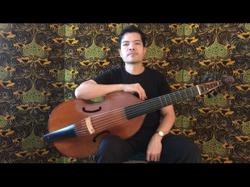