"At present, there are three companies providing the (KL-Seremban) service, and we have told them to provide four trips between 5am and 7am for women only.

"This is to allow female passengers who travel to work every morning to do so in comfort," he said after a visit to the Terminal 1 bus station here.

He added that the same number of trips would be available for the evening commute between 5pm and 7pm to Seremban.

Some 2,000 people use the express bus service to travel between the two points during peak hours every morning.

Separately, Loke said the three bus companies had also been told to reduce their one-way fare from RM7 to RM6.50.

"I was told they unilaterally increased their fares from RM6 to RM7 from June 1.

"Since the ceiling fare approved by us was only RM6.50, they will have to comply or risk losing their licence," he said.

Loke said he was glad to note that the bus companies had complied and reduced the fare. 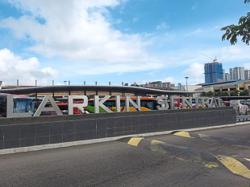