The two brightly-coloured bees were re-introduced to the audience at BookFest@Malaysia.

This unveiling of the improved mascots was a precursor of better things to come for Kuntum, said its editor Norlia Jaafar.

“The launch of Kuntum magazine's brand new look will be in August. The layout has been revamped to make it easier for students to flip through.

“There will also be new columns and contributors who will touch on current issues relevant to primary school students,” Norlia said.

The event yesterday began with a history of Kuntum magazine before a video presentation gave a sneak peek into the new Kuntum animated series.

This was followed by a family quiz where children, aided by their parents, were asked questions with the answers to be found in the latest issue of the magazine.

There was also a lucky draw session for Kuntum subscribers.

The grand prize winner was rewarded with a hotel stay.

Later, the excited children also took the opportunity to interact and take pictures with the mascots.

The event was held at the Kuala Lumpur Convention Centre as part of BookFest@Malaysia, the largest trilingual book exposition organised annually by Popular Book Co.

Kuntum is a children’s magazine aimed at primary school pupils.

Started in 1980, the magazine has endeared itself to pupils for almost four decades.

It is published by Star Media Group. 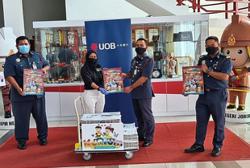 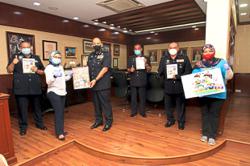