NFC chairman to govt: Why sue when we've agreed to repay loan?

PETALING JAYA: The National Feedlot Corporation (NFC) has questioned the suit filed in court against it by the Attorney General, saying that it had last year offered to pay in full the RM250mil loan it took more than 10 years ago.

NFC chairman Datuk Dr Mohamad Salleh Ismail (pic) said they had started the process of redeveloping and restructuring the organisation.

He added that several discussions had been held with the Agriculture and Agro-based Industry Ministry, and this had been positively received.

He said a letter on the full repayment of the loan had been sent to Finance Minister Lim Guan Eng on May 17, but NFC had yet to receive any response.

“I would like to take this opportunity to say that I give my utmost help according to the laws of the country,” he said in a statement on Monday (June 3).

He said that like all Malaysians, he wanted the issue to be solved as soon as possible with the agreement of the government.

He added that the would fully cooperate with the government to make sure the issue was resolved.

Salleh said he was confident NFC would be able to pay back the amount owed to the government and the aspirations of the project would be fulfilled.

The Edge had reported that the Attorney-General’s Chambers (AGC) had filed a statement of claim (SoC) against NFC over a sum of RM253.6mil owed to the government with the Kuala Lumpur High Court last Friday (May 31).

Named in the claim is NFC chairman Datuk Dr Mohamad Salleh Ismail and his three children, and six other companies owned by the family.

The claim against NFC and the Salleh family, amounts to RM253.62 million and represents the amount owed to the government, together with interest of 2% per annum and default interest on RM224.77 million.

It was reported that the government would also be seeking a declaration from the court to have Salleh’s family personally liable for the debt repayment, the sum of RM118.04mil misappropriated from the loan and secret profits arising from it, as well as Putrajaya’s entitlement to claim equitable title to the properties bought using NFC’s RM250 million loan from the government.

The NFC, set up in 2007 with its subsidiary National Feedlot Centre to expand the local beef industry, was purportedly aimed at reducing dependency on imported beef.

However, the project became embroiled in controversy for being poorly managed as noted in the Auditor-General's Report 2011. 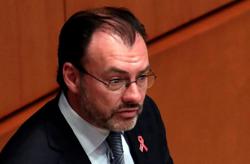