IPOH: Insurance companies in Malaysia are encouraged to provide coverage for mental healthcare, says Deputy Health Minister Dr Lee Boon Chye, adding that such an initiative would come under the purview of Bank Negara rather than his ministry.

He said mental health was a major problem in the country, but if there was proper coverage provided by insurance companies, it would certainly help those who required assistance in times of need.

Dr Lee said with a wider range of coverage, it would also help create awareness on mental health issues.

“Of course, sometimes mental illnesses are not well defined, but if the companies could start with the five mentioned, it would be good,” he told a press conference after launching a Confucius Teaching Cultural Exhibition organised by Poi Lam High School here Thursday (May 23).

He was responding to comments by Malaysia Psychiatric Association patron Tan Sri Lee Lam Thye, who said the Health Ministry needed to start the ball rolling for insurance coverage for mental healthcare and treatment for Malaysians.

Lam said that there was a need to take an initiative on the subject, and it should come from the ministry.

However, Dr Lee said insurance coverage was under the purview of Bank Negara. He said he hoped the industry would consider the suggestion.

He added that treatment for mental health could be costly, as consultations fees alone with psychiatrists could come to hundreds.

Dr Lee said the data obtained from the National Health and Morbidity Survey showed a worrying trend of mental health issues among teenagers.

Dr Lee said to overcome mental health illness, the ministry had organised various programmes with the cooperation of the community and non-governmental organisations. 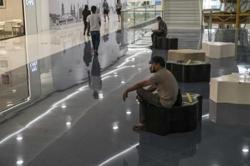