MP: It was the woman who gave me a hard time 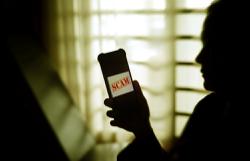 PETALING JAYA: Sungai Siput PKR MP Kesavan Subramaniam (pic) said that it was the woman claiming to be his former aide who had tried to seduce him in a sexual harassment case that the police are probing.

He has denied the allegation that he had sexually harassed her, claiming it was the woman who had first made advances towards him instead.

In a statement issued yesterday, Kesavan said he was contacted by the woman two years ago when she offered to be a volunteer when he was the Hutan Melintang state assemblyman.

“When I became the MP for Sungai Siput, she told me that she wanted to assist me as a volunteer,” he said, adding that she was married with children. 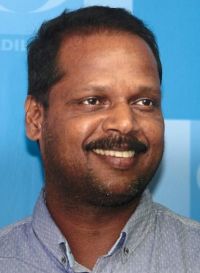 However, Kesavan claimed the woman began calling him on the phone every day and would get angry with him if he did not answer her calls.

He claimed that the woman also started spreading malicious stories about his wife.

“In September 2018, I began to feel uneasy with the woman’s behaviour,” he said.

He claimed that this was the time that the woman “changed from a person who wanted to be a friend, to a person who began to have feelings for me”.

Kesavan alleged the woman also started harassing other PKR leaders to “complain about my attitude of distancing myself from her”.

He said he lodged a police report on the harassment in early May upon the advice of a PKR leader.

Kesavan added that he and his wife also have a record of the woman’s messages.

“If I was really harassing her sexually as alleged, why is she still calling me repeatedly every day since early this month,” he said.

Kesavan said he did not want to raise the issue before this as he felt sorry for the woman.

“I will give my statement to the authorities and give them my full cooperation, including handing over evidence of harassment to destroy my household,” he added.

Kesavan said he is happily married and will not jeopardise it by having an affair.

His statement comes in the wake of a police report lodged by a woman, claiming that a lawmaker had sexually harassed her.

In her report, she claimed that the first-term MP had addressed her with endearment and even showed her the Kamasutra – an ancient Indian text on sexuality and eroticism as well as other pornographic images.

Police in Selangor have confirmed the report lodged by the woman and are investigating the allegations.