‘Let down’ by report’s OSA status

They said non-sensitive parts of the report could be made public.

Coalition for Free and Fair Elections chairman Thomas Fann said he was “most disappointed” that the report was placed under OSA as it was compiled through the submissions of the public who were eager to contribute to the rebuilding of the country.

“While some parts of the report may be sensitive, this should not hold back the release of other parts and recommendations.

“With such a move, it is unlikely that should the government ever call for such public participation again, not many would be keen to make submissions as the outcome of the recommendation are not released and the action taken by the government not known,” he said when contacted.

Fann said if there were parts of the report that affected national security or disrupt public order, then those parts should be censored.

But Fann said he was sure those parts were “minimal” and that if other parts were kept hidden and not transparent, it would invite negative speculation.

Centre to Combat Corruption and Cronyism executive director Cynthia Gabriel also called for the recommendations in the report to be made public.

“If there are indeed sensitivities in the main body concerning race factors tied to business, government-linked companies and the economy, then we urge at least the third component, the IRC recommendations, be shared without fear, as these are proposals for the country to reform and move forward,” she said.

According to Gabriel, the third recommendations had “nothing sensitive”, saying that it was the only way for a new Malaysia to be born.

Gabriel said transparency must be the cornerstone of the Pakatan Harapan government.

Suara Rakyat Malaysia executive director Sevan Doraisamy said the report must be made public so that everyone would know what was recommended.

“After a year, it is so disappointing that so many things are not moving forward. What are these recommendations sitting in the Prime Minister’s Office?

“If that’s the case, what is the difference between the previous and the new government?” he asked. 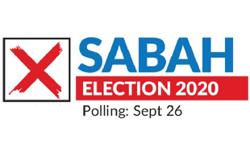