PETALING JAYA: Despite the potential lower starting salaries for their children, parents believe it is still worth investing in tertiary education.

Senior manager Joseph Pereira said: “Personally I feel that as parents we should not compromise on our children’s education.

“It is up to our children to demand what (salary) they think they need to survive on in their journey when they graduate.

“Sustainable performance and adaptability is important for personal growth to overcome the inflation year to year whether you are a graduate or non-graduate.”

He was commenting on Bank Negara’s latest annual report which revealed that after adjusting for inflation, the real starting monthly salaries for most fresh graduates have declined since 2010.

A salary survey by the Malaysian Employers Federation also suggests that nominal starting salaries for graduates remain at modest levels.

It was suggested in the Bank Negara report that the lack of high-skilled job creation could have played an integral role in the decline.

Interior designer Alan Tan also said he would invest in his children’s tertiary education as he still thinks it will be worth it.

“A lot of question marks appear in my mind when I wonder if it is still worth spending so much on sending my children for expensive university studies,” he said.

“But I still think it is worth the money although it is subjective to what my child wants to do as a career.

“We, as parents, might be overreacting to this news if we decide to not put so much money into our child’s future,” he said.

Tan said the unstable politics in the country and the worsening economy are to blame for the decline in real starting salaries for fresh graduates.

“This is bad for the country and we are in a vicious cycle,” he said.

Manager Harinder Kaur said it is still worth pursuing a tertiary education, especially for specialised jobs, even if there has been a decline in real starting monthly salaries for most fresh graduates since 2010.

“But it is worrying to note that the investment I’ve made for my child’s studies might not be worth it, especially in terms of starting salary,” she said, adding that her son is currently in his second year at a private university.

However, she continued: “Depending on my child’s interest, I may suggest my child find a job in a field with a high starting salary if possible, rather than studying for a degree and working in that sector with a measly starting salary.” 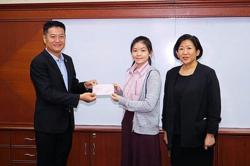