Nottage said New Zealand suffered a deplorable and senseless attack in the shooting at two mosques in Christchurch on March 15.

Speaking in Malay, Nottage said: “New Zealand berasa sangat sedih (is very sad). It is with great sadness that I convey the condolences, compassion and sympathy from the Prime Minister of New Zealand and all New Zealanders in our darkest of days ... terima kasih (thank you) for being here for the Solidarity for Peace (rally).

“Sadly the victims include a Malaysian, our thoughts are very much with you, your families – some of whom are here and your communities,” he said.

Nottage said there were many similar public gatherings organised in New Zealand, a sign of togetherness and respect.

New Zealand Prime Minister Jacinda Ar­­dern led thousands of mourners in prayer at a park in front of the Al Noor Mosque and in a short speech said: “New Zealand mourns with you. We are one,” followed by two mi­­nutes of silence.

Meanwhile, sharing the same stage, Austra­lian High Commis­sioner to Malaysia Andrew Goledzinowski said: “It is true that terrorism has no religion, it has no nationality.

“But it is also true, in this case, that the terrorist was an Australian.

“Which is a matter of great shame for us. But if he, through his action, intended to sepa­rate us, he has failed spectacularly, and this gathering proves that,” he said.

Turkey’s Ambassador to Malaysia, Dr Merve Safa Kavakci, said on behalf of the Turkish peo­ple: “We mourn with the families, who have lost their loved ones in this very tragic incident. We stand by on the side of peace with the rest of the Muslim community and the rest of the world who believe that peace will win. We are with you.”

Meanwhile, National Unity and Social Well-being Minister P. Waytha Moorthy said New Zealand was known as a peaceful country but the incident had shown to the world how hatred could dampen the stability of the people there.

“As a peaceful country, we Malaysians have always stood together harmoniously. Let us not get influenced by the acts that could damage our good ties.

“We need to main the unity and respect which have long been a practice of our country,” he said.

An emotional Teresa Kok, who is the Primary Industries Minister, drew upon the lesson she learned when involved in a forest replanting programme.

“I see that there are people and leaders from different faiths. This is the kind of world we want to build.

“I recently took part in a forest replanting programme where I was told that when you plant trees, you have to plant trees of diffe­rent species then only the forest will grow healthily.

“The same goes for us human beings. We have to have different species, people of different faiths, coming together,” she said.

Deputy Housing and Local Government Mi­­nis­ter Datuk Raja Kamarul Bahrin Shah Raja Ahmad said he was proud that Malaysians of all races and religions came together for peace.

“It shows that Malaysians are all for peace no matter what differences we have.

“We should take heed of what happened in New Zealand when non-Muslims there wear head scarves in solidarity with their Muslim citizens,” he said. 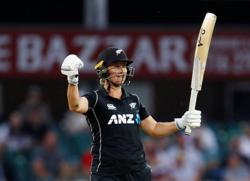