KUALA LUMPUR: A naked person – who appears to be a transgender – was seen roaming the streets along Jalan Imbi, near Bukit Bintang here on Wednesday (March 13).

The person, who is believed to be a Filipino in her 30s, was seen parading herself stark naked on the street. At one point, she climbs onto the roof of a car stuck in traffic and gestures lewdly.

Videos of her antics have since gone viral on social media.

It is believed that members of the public alerted the police, who then detained her and took her to the Hospital Kuala Lumpur for treatment. 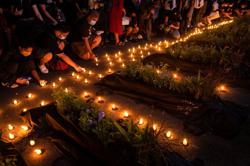 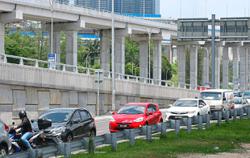