A looming issue: The expose on Marzuki (left) has led to netizens embarking on a series of checks on the academic credentials of other senior politicians in the ruling Pakatan coalition like Osman and Yong.

WHEN the scandal linked to the use of bogus and unaccredited degrees by politicians in the ruling Pakatan Harapan coalition was brewing, the image of my one-time boss – a tycoon in Hong Kong – immediately flashed through my mind.

I became his staff after his corporation took over a company I was working at. The excitement of working for the prominent billionaire turned into disappointment when an international newspaper exposed that he did not hold a degree from a prestigious university in the United States as claimed.

His group had for years issued publicity material describing him as having graduated from said US university.

And although the smart businessman reacted promptly by admitting he did not graduate from the prestigious institution, he could not stop the selldown in his shares.

This embarassing episode happened 18 years ago, but it has not been erased from my memory. It goes to show the extent of collateral damage his ommission – knowingly or unknowingly – has done to him and his public-listed company.

His failure to amend his credentials before all hell broke loose still begs an answer.

Housing and Local Government Minister Zuraida Kamaruddin found herself in an embarrassing situation on Feb 9 after a Twitter user highlighted that her name was not in the degree verification portal of the National University of Singapore (NUS), one of the leading universities in the world.

The Minister subsequently clarified that she had “never claimed to be a graduate of NUS” and blamed the media for not verifying it with her before publication.

Defence Minister Mohamad Sabu denied that he had faked a degree in culinary arts from Universiti Teknologi Mara (UiTM), although he quipped that he could cook well.

But he won sympathy after he disclosed that he had actually been expelled by UiTM because of his involvement in a student movement.

In these two cases, the media has been faulted for not seeking verifications before going to the press.

But for Deputy Foreign Minister Datuk Marzuki Yahya, it is a clear-cut case of misconduct that warrants attention.

Marzuki, also the secretary-general of Parti Pribumi Bersatu Malaysia (PPBM) founded by Prime Minister Tun Dr Mahathir Mohamad and other former Umno leaders, had claimed to hold a bachelor’s degree from UK-based University of Cambridge. But after an activist lodged a police report, he admitted that his degree was not from the world’s top-ranking university, but rather from Cambridge International University, an alleged degree mill in the United States.

Despite this, PPBM said no action would be taken against Marzuki.

The expose on Marzuki has led to netizens embarking on a series of checks on other senior politicians in the ruling Pakatan coalition led by Dr Mahathir.

Osman, who had initially refused to reply to media questions on his degree from Universiti Putra Malaysia, finally admitted on Thursday that he did not complete his tertiary studies.

For Yong, media reports suggested that Akamai University, from which he earned his masters degree in business administration, was a “degree mill” in Hawaii. Yong has turned the tables on the opposition instead, accusing them of trying to score political mileage in this scandal. 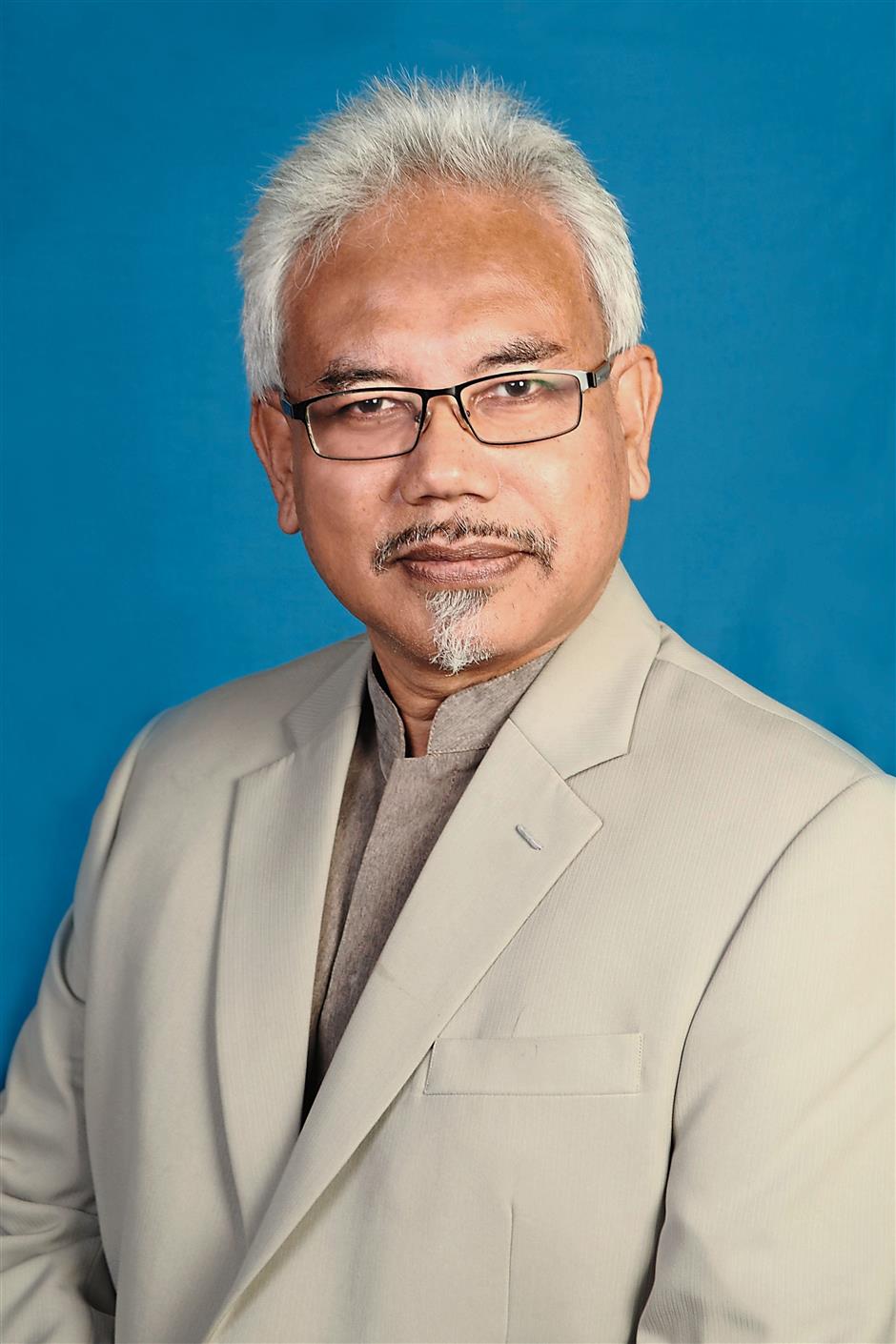 Prof Dr Mohd Tajuddin: ‘If the allegations are true, these MPs should apologise and be removed.’

Although the DAP’s secretary-general had threatened legal suits on those questioning his education credentials, media outlets have ignored his warning.

Journalists are duty-bound to report the truth, particularly on issues linked to public figures and public interest.

But to be fair, no one has doubted that Guan Eng holds a degree from Monash University in Australia.

For Cabinet members and deputy ministers who are in awkward situations now, their fate will depend on the prerogative of the Prime Minister and the moral standard he sets for his team of leaders.

But non-government organisations (NGOs), the opposition and media are not leaving the sole judgement to Dr Mahathir. The issue of integrity and credibility is at stake.

Lest politicians forget this: Malaysians voted out the former adminstration of Datuk Seri Najib Razak in the 14th General Election last May due to their outrage over rampant corruption, lack of accountability and transparency, as well as mismanagement.

Voters wanted politicians of integrity, capability and credibility to lead the country to create a new Malaysia. And the Pakatan Harapan coalition gave their pledge for this before May 9 polls and after they won the election. Lim: The attacks on politicians’ academic credentials have now turned into a ‘witch hunt’.

However, recent incidents – including the acceptance of defecting Umno MPs into PPBM last week – are eroding people’s confidence in Dr Mahathir and the Pakatan government.

The Malaysian Academic Movement is one of the groups who are openly urging the Prime Minister to remove Marzuki as the deputy foreign minister over his “dubious” degree.

The NGO has demanded the same for other Pakatan officials who have misrepresented their academic qualifications.

“The Pakatan coalition must prove its commitment to integrity and good governance. Why did Marzuki create assumptions that he was a Cambridge University graduate? This PPBM leader only clarified that he graduated from Cambridge International University after being pressed from all sides,” said the academic group in a statement last Wednesday.

Umno Youth has urged Dr Mahathir to revamp his Cabinet soon to “restore Malaysia’s international image” as the credibility of the country has been eroded by the “fake degree” scandal.

But Guan Eng’s father Lim Kit Siang, the DAP adviser and seasoned politician, has chosen to look at the current spate of revelations from the political angle.

In a statement, he said the attacks on politicians’ academic credentials have now turned into a “witch hunt” by the Barisan Nasional opposition. Lim said this witch-hunt is to ensure their survival after their devastating loss in the last election.

It is commendable that government politicians such as Youth and Sports Minister Syed Saddiq Syed Abdul Rahman have condemned acts to falsify academic qualifications.

This is in tune with public opinion, which is definitely against any act of dishonesty.

People do not mind their leaders not holding any degrees but they cannot accept dishonest leaders, say analysts. As Penang Institute political scientist Dr Wong Chin Huat puts it: “It’s okay to not have a degree. We don’t need every politician to be technocratically competent. But it is not okay to have fake degrees.”

When Pakatan was in the opposition, it had hit out at several Barisan leaders for holding fake or dubious university qualifications. But no action was taken against them by the Prime Minister then.

Dr Mohd Tajuddin Mohd Rasdi, professor at UCSI University, tells Sunday Star that this scandal should not be brushed aside.

“If the allegations of fake degrees are true and clearly verified, I think these MPs should apologise and be removed,” he says.

If over-stating one’s academic qualification to gain promotion or higher position happens in the workplace, employers are entitled to sack the employees, according to the Malaysian Employers Federation and legal precedents.

Although falsifying educational qualification had happened in the past and is happening everywhere, this issue has to be dealt with now without hesitation.

The current government cannot emulate the previous regime in sweeping this long-standing issue under the carpet.

The feeling of the public can be summarised by an editorial in Nanyang Siang Pau.

On Feb 11, the Chinese paper said: “There is nothing shameful about not having a degree, but using fake degrees to cheat people or voters is unacceptable.

“When a person can cheat others on his education credentials, he can also cheat on other things. This kind of people – whether from the ruling or opposition parties – should not be accommodated.”

Integrity and the truth matter, if the government wants to win and retain the confidence of the people and investors. 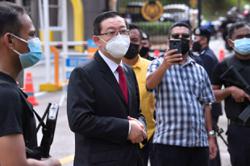