Azmin back at work despite doctor's orders 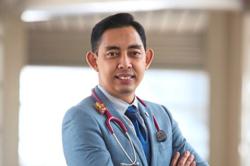 PETALING JAYA: Despite being under doctors' orders to take a month's rest following surgery, Economic Affairs Minister Datuk Seri Azmin Ali is back at work.

"The doctors gave me a month's leave beginning Feb 1, but I am not used to taking leave.

"I came back to work on Friday (Feb 8) and went into office to clear some pressing work," he said.

Azmin added that he was supposed to have undergone the surgery to remove gallstones about three weeks ago but deferred it to the Chinese New Year holiday break instead.

"I informed the Prime Minister (Tun Dr Mahathir Mohamad) about three weeks ago but the procedure needed some time so I postponed my surgery to the Chinese New Year holidays so that you (media) won't disturb me," he quipped.

Although given the thumbs-up by doctors following a post-surgery check-up on Friday (Feb 8), Azmin said he was also given a stern reminder to not exert himself.

"The doctors were not too happy at my movements which they saw on social media such as Facebook and Instagram.

"They gave me a stern reminder that as long as I don't exert myself, I would be okay," he told reporters after a high tea gathering with the PKR women's wing, Srikandi, here on Saturday (Feb 9).

The PKR deputy president said he will continue working, including visiting several states and campaigning in the Semenyih by-election, which takes place on March 2.

Azmin was admitted to the hospital on Feb 1 and was discharged on Tuesday (Feb 5). 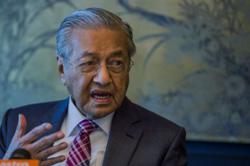 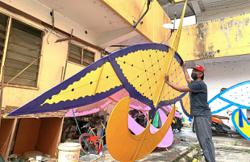