SHAH ALAM (Bernama): A cousin of Altantuya Shaariibuu has told the High Court here that a photo of the murdered Mongolian woman with political analyst Abdul Razak Baginda and a deputy prime minister, which was produced to the court, is fake.

Burmaa Oyunchimeg, 37, said the photo of the trio was digitally manipulated.

"It is a poor 'photoshop' technique and it is absolutely fake," she said when Senior Federal Counsel Jasmee Hameeza Jaafar, who acted for the Malaysian government, showed her a photo of the trio.

Burmaa, however, said she had seen the real photo of Altantuya sitting together with two men, which she said was taken in Paris in 2005.

"Altantuya had shown the original photo with hundreds of other photos in one album to me including the photo of Altantuya and Abdul Razak in a Ferrari when we (Burmaa and Altantuya) were in Ulan Bator, Mongolia," she said at the hearing of a RM100mil suit filed by Altantuya's family against two former policemen, Azilah Hadri and Sirul Azhar Umar, Abdul Razak and the Malaysian government.

The sales associate, based in Chicago, Illinois, also said that the photo was not in her possession and she did not know what had happened to it.

"What I know, Mr Ang (private investigator hired by Altantuya) told me that he had seen the photo in Altantuya's possession," she said on Thursday (Jan 24).

When suggested by Jasmee Hameeza that the witness could not produce the original photo that was shown to her by Altantuya because it did not exist, Burmaa said, "No, I disagree".

The first witness for the plaintiffs said Altantuya had informed her that she had asked "Ang" to find Abdul Razak after she failed to reach him.

Asked by counsel Manjeet Singh Dhillon, acting for Abdul Razak, whether his client had ever told her anything about not being able to meet Altantuya.

Burmaa said, "Yes, Razak Baginda sent me a message and told that he could not meet Altantuya".

Manjeet: You did not reply to Razak Baginda message?

Manjeet: Did you convey the message to Altantuya?

Burmaa also said she had queried Altantuya on the matter and the latter had informed her that there was a small problem.

She said Altantuya had told her not to reply to Razak's message.

However, Altanshagai Munkhtulga's name was later removed as a plaintiff as he had died two years ago.

In the statement of claim, the family alleged that Altantuya's death had caused them mental shock and psychological trauma, entitling them to be compensated with exemplary and aggravated damages. 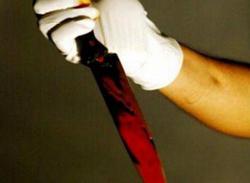