PETALING JAYA: Sultan Muhammad V has stepped down from his post as the 15th Yang di-Pertuan Agong.

Comptroller of the Royal Household Datuk Wan Ahmad Dahlan Ab. Aziz said the King has resigned from his post in line with Article 32(3) of the Federal Constitution.

“His Majesty has informed this matter officially to the Malay Rulers through a letter issued to the secretary of the Conference of Rulers,” said Wan Ahmad in a statement on Sunday (Jan 6).

Wan Ahmad said the King, through his time in office has tried to fulfill his responsibilities as the Head of State, and played a part as an anchor of stability, source of justice, basis of unity and uniting factor among the rakyat.

The King has offered his thanks to the other Malay Rulers who had chosen him as the 15th Yang di-Pertuan Agong from Dec 13, 2016.

He has also expressed his highest appreciation to the Prime Minister and the Federal government for their cooperation.

“As the Commander in Chief of the Armed Forces, His Majesty is very proud with the sacrifices and loyalty that has been shown to His Majesty and the country all this while,” said Wan Ahmad.

Wan Ahmad said His Majesty has decreed that Malaysians continue to remain united, practice compromise and work together in shouldering the responsibilities towards this sovereign nation so Malaysia will continue to be in peace and harmony. 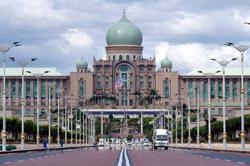