KUALA LUMPUR: Good stories transcend borders but even Shih-Li Kow (pic) was surprised that the Malaysian story she set out to tell in her debut novel has not only resonated with foreigners but also won a top literary award in France.

The Sum of Our Follies, which was picked up to be translated into French, won the 2018 Prix du Premier Roman Etranger (First novel prize, in a foreign language) in November. 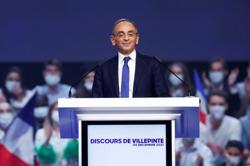