GEORGE TOWN: Lighting up a cigarette after a meal has become the norm for smokers and it is difficult to kick the habit.

Businessman R. Mahendran, 35, said the authorities should let the eatery operators decide on the smoking ban.

“If the operator decides to let their customers smoke in his or her outlet, so be it.

“The customers can then decide whether they want to eat at such places,” he said, adding he has been smoking since he was 20.

Mahendran believes that smokers will continue puffing happily at eateries as he foresees a lack of enforcement.

“There are so many places to eat so how do the authorities keep track of everyone? I think it’s impossible,” he said when met at a food court in Esplanade yesterday.

Samsuddin Khalid, 50, said he enjoyed smoking after a meal, adding that designated smoking areas should be created for smokers.

“The ban is a good move but the rights of smokers should also be considered,” he said.

Freelancer Mohd Eairuz Azmi, 40, hails the ban but questions if it would be enforced effectively.

He also spoke about the importance of creating further awareness among smokers of the danger of second-hand smoke, instead of introducing a punitive mechanism on smokers.

“When my friends and I see a group of kids or elderly people nearby, we will not smoke.

“We usually wait or move to other places to smoke,” he said, adding he does not plan to quit smoking anytime soon.

In Petaling Jaya, Muhammad Faiz, 28, said the ban would stop him from smoking in public and help him reduce the number of cigarettes he smoked.

Meanwhile, Christine Chiam, 30, expressed her frustrations over the ban and hoped the government would be more understanding towards smokers’ rights.

Shelyn Poh disagreed with the smoking ban and felt that smokers were unprepared for the new policy.

As smokers now have limited places to smoke, Zulkanaibi Nor, 30, suggested that shopping malls set up a smoking lounge.

Brian Lee, 38, a sales manager, felt that the government should be more lenient and impose the ban only in indoor areas and buildings such as hospitals. 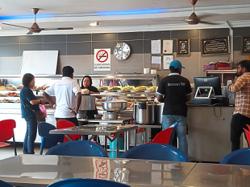 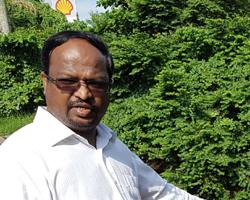