2018: Year of anti-corruption sweep in Malaysia

KUALA LUMPUR (Bernama): Two days after Pakatan Harapan captured Putrajaya on May 9, the top agenda of Prime Minister Tun Dr Mahathir Mohamad under the new government was to eradicate corrupt practices in the country.

He said Pakatan was well aware of the corruption going under the previous administration especially political corruption which affected the process of democracy and development so much so civil servants were also ignoring the interests of the people.  The success of the Malaysian Anti-Corruption Commission (MACC) in exposing many corruption cases involving “big fish” opened the eyes of Malaysians that the scourge of corruption should be completely eradicated at the highest levels,  including national leaders.

The discovery of more than RM116mil in cash and valuable items at a condominium owned by former prime minister Datuk Seri Najib Tun Razak at Pavilion Residences, Bukit Bintang here shocked the media and the people.

Police also seized 284 boxes and 72 bags filled with expensive items and cash money in a raid at the private residence of the former prime minister relating to the 1Malaysia Development Berhad (1MDB) case. All the boxes and bags contained Malaysian ringgit and US dollars as well as branded handbags such as Hermes and Birkin, jewellery, watches and other expensive items.

Apart from that, inspections were also conducted at six premises namely the Prime Minister's Office, Seri Perdana Complex and three premises at Pavilion Residences as well as another private residence in Jalan Langgak Duta.

The second case which garnered national attention was the arrest of Najib by the 1MDB Special Task Force at his residence in Jalan Langgak Duta here on July 3. He was detained pertaining to investigations against SRC International Sdn Bhd, a subsidiary of 1MDB.

One day after that (July 4), Najib was charged at the Kuala Lumpur Court Complex in Jalan Duta here relating to the transfer of RM42mil into his private account from SRC International.

Najib is facing more than 10 charges of breach of trust on the SRC International case under Section 409 of the Penal Code. Of the six former prime ministers of Malaysia, Najib is the first to be facing criminal charges.

On Oct 4, the wife of the former prime minister, Datin Seri Rosmah Mansor was also held at MACC headquarters in Putrajaya after having her statements taken for the third time.

The first time, Rosmah went to MACC was on June 5 to give her statement on SRC International Sdn Bhd case.

On Nov 15, Rosmah faced two corruption charges involving RM5.5mil over a project to supply and install solar power panels in schools in Sarawak.

However, Rosmah pleaded not guilty at the Sessions Court here to two counts of demanding and receiving bribes amounting to RM1.5mill over the project to supply and install solar energy to 369 rural schools in Sarawak, two years ago.

On Dec 10, Najib was again arrested for tampering with the final 1MDB audit report and he is expected to face many more charges.

Meanwhile, on Oct 19, former deputy prime minister Datuk Seri Dr Ahmad Zahid Hamidi was arrested by MACC for abuse of power, breach of trust, and money laundering involving the funds of a foundation.

Also charged on the same day was former Federal Territories Minister Datuk Seri Tengku Adnan Tengku Mansor who faced corruption charges involving  sale of federal territory land.    The Putrajaya MP is facing two counts of accepting bribes and one charge of receiving bribes amounting to RM3mil over the approval of a company's application to raise the development density of a building in Jalan Semarak in 2013.

Tengku Adnan, however, pleaded not guilty to the charges and paid bail of RM1mil in one surety for both charges.

Another Umno stalwart, former Tabung Haji chairman Datuk Seri Abdul Azeez Abdul Rahim, and his brother were also remanded by MACC from Sept 25 to Oct 5 to assist in a corruption case  but he was released on RM500,000 bail by two guarantors. - Bernama 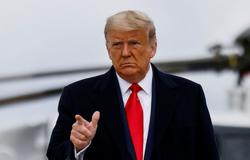