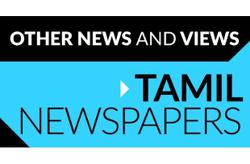 SUBANG JAYA: 392 police personnel have moved in to secure the Seafield Sri Maha Mariamman Temple and One City business complex in USJ 25.

A drive past One City complex saw several FRU vehicles parked at the business complex.

According to police personnel at the temple, three checkpoints have been set up on the roads turning into USJ 25, although one is deactivated currently to ensure smooth traffic flow.

Police personnel said they had moved in at midnight soon after news broke of firefighter Muhammad Adib Kassim's passing.

Muhammad Adib had been critically injured a month ago during a riot at the Seafield temple on  Nov 27 following an attack on the temple by masked assailants on Nov 26.

The temple appeared  quiet, even deserted with only the police and a few media personnel observing the scene, although the temple priests were around earlier to conduct prayers.

The police had withdrawn their presence from the temple and One City complex on Dec 6 after things had calmed down.

Rina Harun: 4,422 children lost at least one parent or guardian to Covid-19
Takiyuddin: Flash flood in Yan was an act of God, not illegal logging
Nur Sajat nabbed in Bangkok by Thai immigration authorities but out on bail
Covid-19: Buntong market to close on Tuesday (Sept 21) for cleaning, sanitisation
New circular on teacher transfers out soon, says Radzi
Army nabs 15 illegals for trying to sneak into country
Better awareness has led to less fake news on Covid-19, vaccines, says Annuar Musa
List of walk-in PPVs for teens to be announced on Tuesday (Sept 21), says KJ
Covid-19: More than 87,000 Form Four and Five students to get vaccine jabs in Johor
Civil servant pleads not guilty to four charges of making false claims