KUALA LUMPUR: Umno and PAS claim that up to 500,000 supporters will gather for the rally against the International Convention on the Elimination of Racial Discrimination (Icerd) on Dec 8.

PAS deputy president Datuk Tuan Ibrahim Tuan Man (pic) said that the party expects to mobilise between 300,000 and 350,000 supporters for the rally.

"About 1,000 of Badan Amal volunteers will be on hand to help in safety aspects.

"We have also told participants to use their handphones to record any incidents of provocation, which will be handed over to the police for further action," he told reporters in Parliament lobby on Tuesday (Dec 4).

Tuan Ibrahim said PAS had not printed any T-shirts for the purpose and supporters were free to come in their own attire.

He said he was confident that there rally would be peaceful as it was a gathering to celebrate the government's decision not to ratify the convention.

"There is no need to worry as this has nothing to do with race and is a national issue," he added.

"So, you can expect about 500,000 people that will gather in white shirts. The city will be bleached. We will make it white this Saturday," he told reporters.

Meanwhile, Dr Ahmad Zahid said the upcoming rally against the International Convention on the Elimination of Racial Discrimination (ICERD) on Dec 8 must be separated from any racial issues.

He said the controversial rally was to show gratitude towards the government for deciding not to ratify ICERD, which had drawn much criticism from pro-Muslim-Malay groups over claims that it could undermine the position of Malays, Islam and the Royal institution.

"To me, the media must highlight the fact that the rally isn't a gathering to incite sensitive issues concerning race in our diverse society."

The Umno president said the rally will adhere to all rules and regulations as enshrined in the Peaceful Assembly Act.

On Monday, the anti-Icerd rally, organised by several pro-Muslim-Malays NGOs, received the the green light from the authorities to hold gatherings at Jalan Raja from 2pm - 6pm on Dec 8.

The rally, organised by several pro-Muslim-Malay NGOs, was given the green light on Monday (Dec 3) by Kuala Lumpur City Hall and police for the gathering at Jalan Raja from 2pm to 6pm on Dec 8. 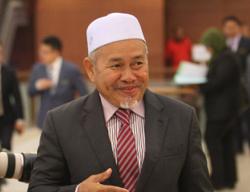 Tuan Ibrahim: All good initiatives to be continued 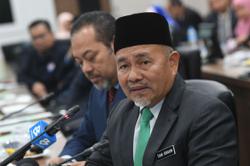 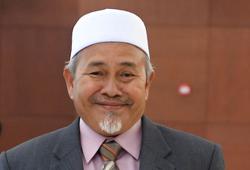