KUALA LUMPUR: The Auditor-General's Report 2017 (second series) questioned the manner in which the Vehicle Entry Permit (VEP) system between Johor and Singapore was implemented in 2015.

Besides a drastic hike in operational expenditure, the RM149.45mil collection charges system was awarded through direct negotiations instead of open tender, the audit revealed.

The report was presented in Parliament on Monday (Dec 3).

This follows after Najib was given assurance by the former transport minister that the contractors were capable and had the expertise for the project.

However, it was later found the contractors had no experience in the field.

The contractors were also found to have only RM35.54 in their accounts instead of the required RM2.3mil.

Following this, the contractors produced written proof that they had RM3mil in their account and gave an undertaking that they would bear the project cost until the system goes operational two months after its launch.

The contractors were found to have sub-contracted out the Opex to a third party although not allowed to do so.

Other weaknesses found were that equipment worth RM4.07mil such as cameras, barrier gates, fix readers were left uninstalled.

The audit concluded that there were weaknesses in the selection of contractors for the project which affected the effectiveness of collection system.

Meanwhile, the Auditor-General's Report 2017 has also revealed that some 2,365 defects were detected at the KL Sports City.

The defects were discovered between November last year and March this year.

The National Aquatic Centre had the highest number of defects, totalling 804, followed by Putra Stadium with 751 defects.

It was also found that the National Stadium had 623 defects, followed by the Hockey Stadium with 134 defects. 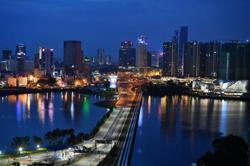 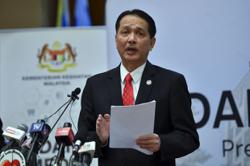 Go back to the basics for a resilient healthcare system