KOTA KINABALU: The little known Mansuli Valley, one of the oldest valleys in Borneo, may soon be on the map of Indiana Jones wannabes.

It is likely to beckon visitors who are keen on archaeotourism or interested in archaeo­logy and historical sites.

Located about 30km from Sabah’s Lahad Datu district, there is evidence that the area was inhabited about 235,000 years ago.

“The archaeological findings in Mansuli Valley have contributed to a deeper understanding of the Paleolithic culture, especially in early human migration to Borneo and their adaptation to the environment,” he said.

The possibility of Mansuli Valley becoming a tourist attraction is being studied by the Tourism, Arts and Culture Ministry with the help of the UMS’ Faculty of Business, Economics and Accountancy under the Sabah Sustainability Volun-sharing Programme (SSVP).

Both parties have been running SSVP with the aim of exploring new tourism products and educating participants on being responsible tourists.

Dr Awangku, who is an SSVP co-founder, said archaeotourism usually integrates educational and recreational activities such as sightseeing, hiking and caving.

He said they were very excited to learn that Lahad Datu had the oldest prehistoric site in Borneo.

“Mansuli Valley is not that well-known as a tourism destination but it has potential.

“I think by promoting archaeotourism, visitors can enjoy the experience of learning about Borneo’s heritage and safeguarding it by promoting the conservation of this site,” he said.

If this place could be developed, he said travellers could focus on experiencing the ancient sites and historical areas.

“We have been collaborating since 2015 when we previously explored Tagal ecotourism and volcano tourism,” he said. 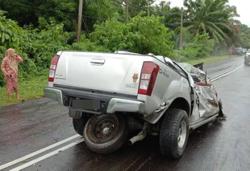 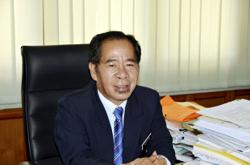