PETALING JAYA: Bullying in Malaysia has become a serious problem with a startling eight out of 10 surveyed claiming they have encountered bullying in schools, a Unicef survey revealed.

This has led to a growing call for national anti-bullying laws to protect victims and witnesses when they report such cases.

In conjunction with World Children’s Day today, the nationwide survey involved over 2,000 children below the age of 18.

Administered both online and offline, the survey is part of the Kindness Project by the Ministry of Education Malaysia, WOMEN:girls and Unicef.

The survey was carried out to better understand the children’s experiences of bullying from bystanders, victims and bullies’ standpoints, and to determine the types of intervention that children feel would create a safe environment that could protect them from bullying.

According to the new Children4Change Survey, 70% of children said they had witnessed a peer being made fun of because of how they looked, dressed or walked.

Seventeen per cent of the respondents called for a national anti-bullying law, anti-bullying school policies to be put in place and also educational school programmes to counter bullying.

In a statement, Unicef representative to Malaysia Marianne Clark-Hattingh said that by discouraging children from speaking up “it makes children more vulnerable to violence and its consequences”.

“We tend to underestimate the impact of bullying on children and to belittle its effects. 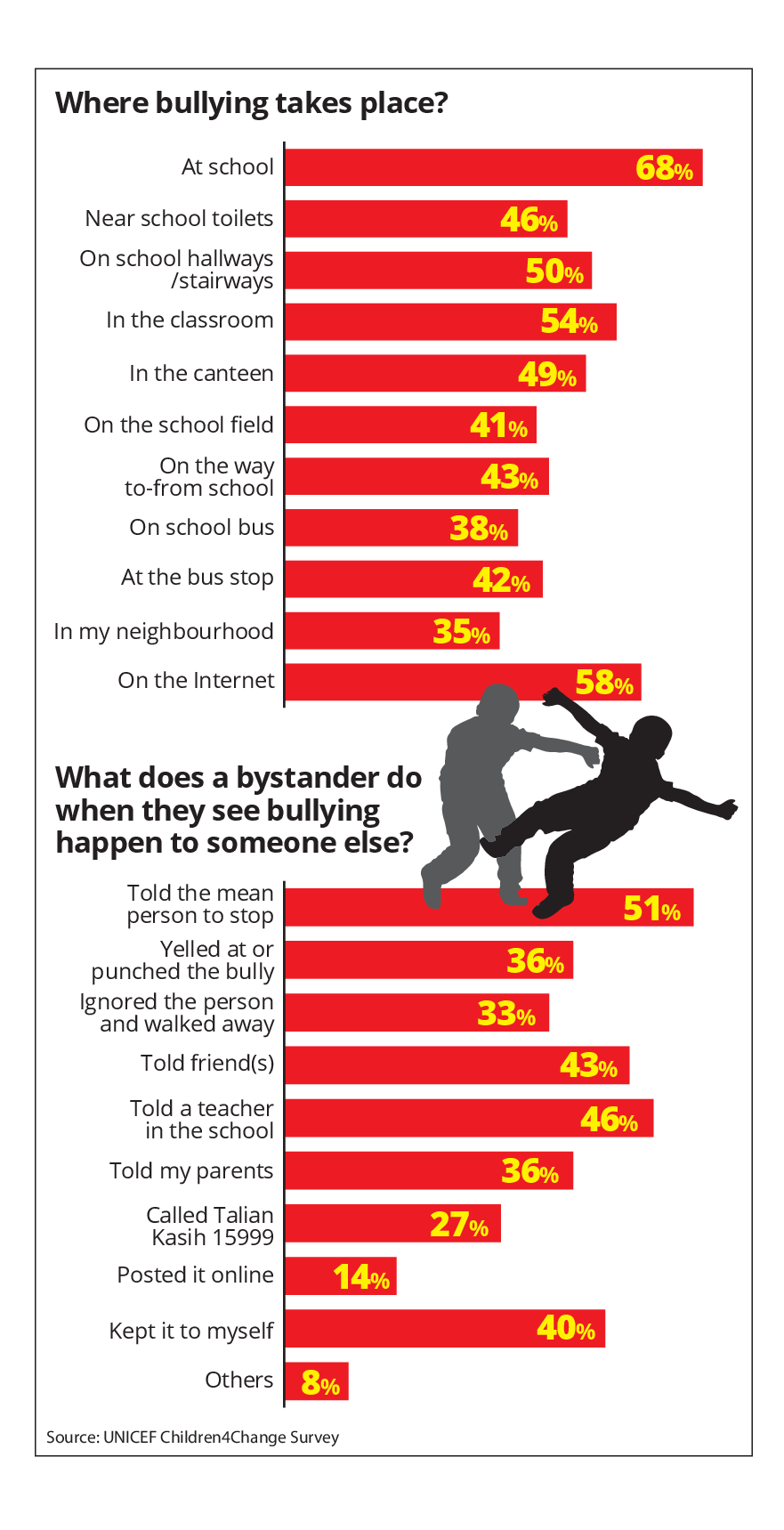 “It is essential that children feel safe to report cases, have confidence that appropriate action will be taken to address bullying and support given to the victims,” she added.

“I was once a confident person. But I’ve been humiliated and crushed so much that I’ve lost all my confidence,” said a teenage boy in response to a survey question.

“I want to help but was afraid that I would become the bully’s next victim,” a girl from Kedah said.

The survey also reported that bystanders would intervene by either asking the bully to stop (51%), approach a teacher (46%) or tell a friend (43%).

A total 27% of the respondents were victims of humiliating name calling.

Verbal bullying can take extreme forms as one male teenager from Selangor claimed he had witnessed “someone being told to kill themselves because they suck”.

Another 16% were victims of hurtful rumours. Others were bullied through digital platforms, purposely excluded or isolated from their peers, and even physically threatened or hurt.

“Sexual images had been taken of me without my consent,” shared a 16-year-old respondent. “I had my money stolen or taken away forcefully. When I spoke up, the teachers sided with the bully.”

It was noted that one in two children identified the classroom as a venue for such bullying incidents.

Older children are more likely to have been bullied online, with about a third of 16-17 years old saying they have experienced cyber-bullying.

Several suggested more effective school policies and effective counsellors be put in place, together with the creation of civic camps for bullies to curtail the problem.

“Not all the bullies are bad, counsellors could spend time with the bullies, be their friend and ask them if they have any problems,” said a teenage girl. Sometimes bullies have a lot of problems, but they keep it to themselves. The teachers could ask them to share their problems.

“Just listening shows that someone is willing to hear their stories.”

Movement set to grow even further next year 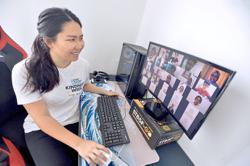 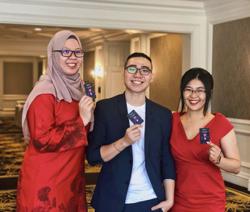