PETALING JAYA: The state Department of Environment (DOE) is investigating a developer who cleared a vast piece of land beside a water catchment area in Hulu Sempam near Raub.

The 404ha area is being readied for a Musang King durian plantation and the DOE wants to know if the owner abided conditions under its Environmental Impact Assessment (EIA) report or not.

Pahang Department of Environment director Rosli Zul said it had undertaken an investigation against the developer.

“The EIA for the project was approved by the state DOE back in 2017. The area is within the agricultural zone under the local development plan.

“There are some issues over the adherence to the guidelines specified under the EIA report which is being investigated by the department against the developer,” he said in an email reply.

Asked on the guidelines that the company had not adhered to under the EIA report, Rosli said: “It’s a standard operating protocol for the department not to give details of an ongoing investigation.”

The Star had reported that the plot, which borders the Batu Talam forest reserve, was being cleared for Musang King trees.

A check with the Pahang Forestry Department confirmed that the project was owned by the Perbadanan Setiausaha Kerajaan, a state-linked company.

A logging licence had also been awarded for another piece of land adjacent to the plot.

The project, however, had been met with concerns by WWF-Malaysia, which pointed out that the area has been identified as Environmentally Sensitive Area Rank 1 in the Pahang Structural Plan 2050 draft as well as a confirmed habitat for the critically endangered Malayan tiger, of which there is less than 300 estimated in the wild.

A total of 36 conservationists had also co-signed a statement, raising concerns over durian as the new monoculture crop driving further deforestation and biodiversity loss in Malaysia.

State executive councillor Datuk Seri Mohd Sharkar Shamsudin had said the government was looking forward to making Pahang the hub for Musang King in the region, which demand was being fuelled by China.

“Based on the DOE’s record, the EIA report for the 404ha was already approved.

“However, the technical input for the other parcel has been given by the DOE to the relevant state authority,” he said.

“Land clearing is part of the project’s activities and has been addressed in the approved EIA report.” 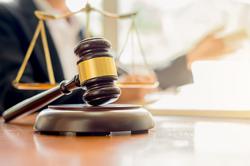