KUALA LUMPUR: Police have set their sights on close to 40,000 bank account holders said to be providing mule accounts for online scammers here.

According to Bukit Aman, the number of mule accounts has increased almost eight-fold since 2015.

“These mule accounts have increased to an alarming number compared to 5,411 in 2015.

“The problem is how easy it is to open an account and how easily people allow these scammers to use their accounts,” he said at the Federal CCID headquarters here yesterday.

He said they have advised banks to be more thorough in their process of opening bank accounts. Mule account holders or money mules refer to a person who transfers money acquired illegally on behalf of others.

The mule is often paid for services with a small part of the money transferred.

In some cases the mules are recruited online for what they think is legitimate employment, and are unaware that the money they are transferring is linked to crime.

The money is transferred from the mule’s account to the syndicate usually in another country.

“Based on our findings, there are at least 4,729 mule accounts involved in three or more cases.

“We have even found some of these accounts linked to 10 cases,” said Comm Amar, adding that at least RM800mil has flowed through the 39,743 mule accounts.

“These account holders can face action under Section 411 and Section 414 of the Penal Code for dishonestly receiving stolen property and assisting in concealment of stolen property,” he said.

Meanwhile, Comm Amar said his department has received a total of 21,374 cases this year involving losses of at least RM4.2bil.

“We believe these numbers will increase further before the year ends. Last year we had 30,364 cases,” he said.

He said cybercrime cases made up more than half of the cases received by his department.

The suspects were allegedly operating a call centre, and have been linked to 54 cases involving RM345,000 in losses since they began operations six months ago.

“In a follow-up operation on Oct 20, we arrested 27 suspects believed to be running five similar call centres in Pulau Pangkor,” he said, adding that they have been linked to 221 cases involving RM1mil in losses. 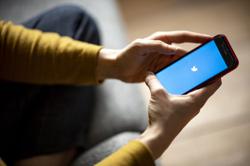