Malaysian ideal: Yeoh sharing a Mother’s Day card from her daughters, who she had tried to register as Malaysians, not Indian or Chinese.

ONE of the most frustrating things about being a citizen of beautiful multicultural Malaysia is that previous administrations and institutions have focussed on identifying us by virtue of race, religion, language and region. This has invariably led to divisive and not inclusive policies.

A strong believer in “Malaysian Malaysia”, Hannah Yeoh made national news a few years ago when she and her husband, who is from a different race, tried to register their child as a Malaysian.

Now that she is part of the government, will she make every effort to change this system?

“To be honest, we have not discussed this at all. I haven’t had the time and opportunity to even think of it, simply because we are so involved with the Ministry’s work. The only reason we tried it is because we believe that Malaysia is for all Malaysians.

“My husband is from a mixed marriage and that is why the sense of Malaysian identity for our kids is very strong. Because they are neither Chinese or Indian. They are Malaysians,” she says.

Yeoh recalls her attempts to register Shay as an “anak Malaysia” with the National Registry Department (NRD) in 2011, which unfortunately, ended up futile.

“They (NRD) said no, the system is not capable of registering our child outside these three boxes – Malay, Chinese, Indian. So, because of that, we decided not to argue about whether the child should be Chinese or Indian. Otherwise, we would only go back to the same racial argument.”

As a result, Shay was registered as a Chinese child. Yeoh and her husband followed up with appeal letters, handwritten by her husband, which were sent to the then prime minister, home ministry and the NRD.

The lack of positive response did not deter Yeoh and her husband from attempting once more with their second child, Kayleigh, in 2013.

“But this time around, we found out that the option for us to fill up (her race) had been removed from the form.

“So, she was automatically registered as an Indian.

“That is how we ended up having a Chinese girl and an Indian girl at home,” she quips.

Yeoh strongly believes that efforts in nurturing a racially integrated society must begin at home itself, where parents must play a role in raising their children in a multiracial setting,

“When I was in school back in the 90’s, I remember having very little of such arguments in public space and we all have good Malay, Chinese and Indian friends,” she recollects.

“Even if you send your children to a Chinese vernacular school, it is our duty as parents to ensure that they are mixing with people of different races over the weekends.

“Let them play football or have a picnic with friends of different races. We have to create that space for them to mingle.”

Yeoh thinks the issue of racial segregation in the national education system is due to language being politicised by certain quarters.

She also expresses concern over national schools’ lack of emphasis on English under the previous administration, citing it as a reason for the growing lack of confidence in the national education syllabus.

“I’m actually quite concerned because many non-Muslims have removed their children from the system and placed them in private schools.

“Now that there’s emphasis placed on English again, I hope that whatever I experienced in school, can be experienced by the next generation.” 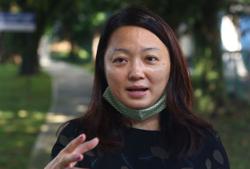 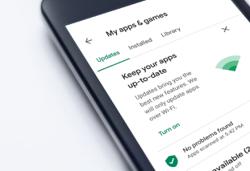