The photo uploaded by Nas Daily (centre) on his Facebook page to address the Malaysia bashing allegations.

PETALING JAYA: Facebook vlogger Nas Daily wants Malaysians to know that he does not hate the country despite some videos which seemed to have offended some people.

In a lengthy written post, which deviates from his regular one-minute videos, Nas, whose real name is Nuseir Yassin, claimed that he has no hidden agenda and that he is "just a guy travelling the world who really wants to show everything that's good in it".

"Lately, there has been a lot of fake news about Nas Daily that I want to address here and I want you to help me spread the word.

"Some Photoshopped picture suggested that I have a hidden Israeli agenda. This is categorically false and stupid," said the Israeli-Palestine in the Facebook post.

Nas said that among videos that riled up Malaysian Facebook users were those he made while he was in Singapore, including "The Forbidden Land", published in his Facebook page on Aug 30, The Airport Prisoner (Sept 4), and How Singapore Drives (Sept 8).

The Star had written about The Forbidden Land video.

Some Malaysians have criticised Nas' status (who holds an Israeli passport) for not being able to enter Malaysia, alleging that he had equated Malaysia to North Korea, and that Nas "is a liberal Muslim".

In the post about Singaporeans and their parking culture, some said that Nas has been misinformed about Malaysian drivers, and that there were bad drivers in our neighbouring country.

"The most important thing I want to say is: No. I do not hate Malaysia and I have no hidden agenda.

"You and I have more in common than differences and I would hate for you to believe the fake news about Nas Daily," he said.

Having travelled and vlogged around the world, Nas said he is fed up with issues going on in Israel, Palestine, "and all that's bad in the world".

"So I went on a mission to show you and everyone what's good in the world...1 minute at a time, every day," he added.

In an hour after Nas uploaded the post, it got over 7,000 Likes and was shared over 2,300 times, with many Facebook users encouraging and supporting his cause.

Malaysian Facebook user Arief Ferdaus Azmi wrote that Nas is a great person and he loves his videos.

"Although there are things where I don't agree with you, you're still a great person Nas. May Allah bless you," he added.

Another user Darren Chong told Nas to ignore those "narrow-minded" people who keep bashing him.

"Keep up uploading more videos! We love your videos!" he exclaimed. 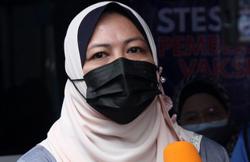